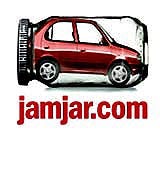 Jamjar.com, the recently launched car selling website from Direct Line, appears to have leapfrogged earlier market entrants, with claimed revenues of more than &£1m in its first week of trading.

The site has received more than 3 million page impressions and the first car was sold within hours of launch.

Jamjar says this “overwhelming success” shows its ability to provide UK-supplied cars at discounted prices. The site also sells more than 1,400 “special offer” cars with savings of 20 to 30 per cent off manufacturers’ list prices. Delivery times are “generally within weeks” of purchase.

He adds: “There is evidence of a real hunger in the car market for highly competitive prices with efficient service and quality delivery.”

Direct Line has already taken a lead in the online insurance market, with its much advertised Directline.com. Prill believes Jamjar can carve out a similar leading position. “We aim to shake up the motoring market to give motorists a better deal. The combined success of both businesses establishes our position as one of the leading e-commerce players.”

Jamjar is being backed by a &£15m marketing budget during its first year. The initial campaign focuses on heavy discounts, the wide range of models, fast delivery and “unmatched” service, putting the customer in complete control of the car purchasing process.

The site carries its own advertising and sponsorship, which is being handled by Real Media.