After a decade of ‘media buzzword bingo’, I hope marketers have collected the set of ‘media neutrality’, ‘engagement’, ‘integrated’ and ‘complementary’, plus a few of their own in-house terms. But at a time when marketing and finance have to work closer together than ever before we need to start talking a common basic language.

Look back over the last 10 years and I think you’ll all agree that media has fragmented faster in this decade than any before it. The explosion of personal technology has created myriad opportunities for marketers. It has also put control firmly in the hands of consumers. Each of us finds it easier than ever to ‘switch off’ marketing and advertising messages.

So we need to think through all the ways that we can reach the individual, not just a mass audience. Is using just one channel ever the right tactic in today’s world? The answer should be a resounding ‘no’. TV offers the greatest reach – the power of advertising during next year’s football World Cup springs to mind – yet it hardly promotes targeted messaging.

Online advertising, be that email, search or display ads, also has a wide audience, but question marks remain over its effectiveness as a standalone marketing channel. Yes, it’s measureable, but are brands totally convinced yet about click-though rates, or consumers’ attitudes towards being interrupted as they become more sophisticated at searching for what they want? Mobile, meanwhile, is still in its infancy.

As the UK’s major stakeholder in the Mail Medium we’re bound to say that the post is the best way of reaching the individual with targeted executions, and that it also offers unrivalled opportunities to alter the scale or geographical scope of a campaign.

But mail doesn’t just work well by itself. In the summer, we conducted a comprehensive study in conjunction with media agency group OMG. Called BrandScience, the report took in campaigns from around the world, and concluded that the effectiveness of individual channels could be boosted by dovetailing with other media. For example, digital campaigns saw a 62% increase in return on investment when combined with direct mail.

Meanwhile, our latest Home Shopping Tracker study shows a growing tendency for shoppers to investigate purchases and compare prices across multiple retail channels. The research found that 63% of people surveyed refer to a catalogue as part of their buying decision even if they make the final purchase in-store or online. Furthermore, 45% look at a print catalogue before making an online purchase – an increase of 8% compared to 2008. So it’s not time to ditch the traditional catalogue just yet.

So this shows how integrating different channels into a campaign strategy can reap benefits. But taking integration one step further creates a more complementary approach, one which is now much more achievable with more recent developments in direct marketing.

Complementary marketing takes an integrated approach to its channel selection, but ensures that the different strands work hand-in-hand so that each execution is powerful in its own right, but also adds value to other activities.

The current shining example of great 360-degree thinking is the RNLI campaign from Proximity, which won the DMA Awards 2009 Grand Prix. The execution was driven by great media insight with exceptional results by using direct mail as a catalyst for the blogging community. A whole new generation now engages with a traditional British charity.

So maybe it’s time that the marketing industry – and that includes DM – embraces the campaign payback that can be brought about by combining several channels at once: a language common to both marketers and finance directors. 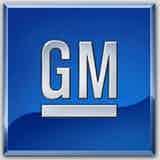 General Motors Europe has completed its strategic review of its media planning and buying and retained Carat as its agency of choice.

Brothers Cider has signed an exclusive deal with The O2 arena to become the official supplier of pear and flavoured ciders.