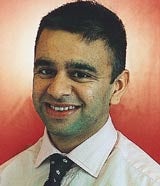 Vijay Solanki, the marketing director at IPC Ignite!, the young men’s lifestyle and entertainment division of IPC Media, has left the company to set up his own consultancy.

IPC Media group marketing director Philippa Brown will join the IPC Ignite! board to take overall responsibility for marketing. Niall McKinney, marketing manager for Ignite!’s men’s brands, which include Loaded, has been promoted to head of marketing for IPC Ignite!

Solanki joined IPC Ignite! last year from Capital Radio, where he was marketing director (MW July 27, 2000). At IPC, he was responsible for the rebranding of IPC Music &amp; Sport as Ignite!

Solanki says: “It’s been an incredible year. As well as understanding the men’s and music magazine market, I’ve delivered a number of projects, from corporate identity and promotions to research and strategy. I now plan to exploit my experience in packaged goods and media in the field of consultancy.”

IPC Ignite!’s portfolio includes Loaded, NME and Muzik. It shut down its men’s title Later in June this year (MW June 7). In December, the division folded Melody Maker into NME.

Soutar says: “The decision to part company was reached by mutual consent and is entirely amicable.”