Despite being a global company, Discovery’s UK proposition has increasingly focused on local talent and relevant programming over the past two years. Its marketing and digital strategy has been based on its ’intelligent entertainment’ programme proposition, appealing to ABC1 males who see themselves as adventurous mavericks.

Over the past year this ABC1 audience has grown by 24% and the network has increased watchers in the wider adult population by 19%. By commissioning female-friendly presenters such as Freddie Flintoff and Joe Pasquale alongside stalwarts such as Bear Grylls for its latest season of programming, the network now aims to increase co-viewing opportunities, where families watch together, to further grow its share of ABC1 men. 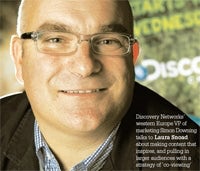 Marketing Week (MW): Tell us about the current market in the UK for Discovery Networks.

Simon Downing (SD): Discovery has been in the UK since 1986. We started with one channel and we now have 12, reaching 3.7 million people daily. We are a brand that has a reputation for innovation and quality.

We have worked hard to create a positioning that is about championing the mavericks and pioneers that feed our imagination. The word ’Maverick’ comes from a man called Samuel Maverick, who lived in the US in the 1860s and refused to brand his cattle. Our aim is to create content with that same free-thinking quality. For example, we ran a programme recently about Ed Stafford, the first man to walk the full length of the Amazon. It took him almost four years a journey that we filmed and followed.

MW: What are your priorities as a brand?

SD: Content and particularly local commissions [UK rather than Europe] are very important. This year we’ve built up local talent, such as cricketer Freddie Flintoff in Alone in the Wild and double-gold-winning Olympic medallist James Cracknell in Race Across America.

We’re starting to build local commissions that go across our global network. They still have local faces, such as Professor Stephen Hawking and Bear Grylls [the adventurer who features in Man vs Wild], who is synonymous with the channel.

MW: How does this localism work for such a global network?

SD: A lot of the factual content travels, so we like to focus on strong and authentic characters, storytelling and really high production values. If you get those right, whether you commission them in the UK or the US, your content can travel.

The UK is very proactive on the commissioning front compared to some other regions. It is probably the most complex market that we operate in. There are more than 500 channels, it’s very fragmented and it seems to be moving at a million miles an hour. With that in mind, it’s very important that we have a clear understanding of who we are as a brand.

MW: Who is your target audience?

SD: Our key audience is upmarket men. We spend a huge amount of time trying to understand who they are. We have a viewer group of 5,000 people who we speak to fortnightly. We give them content and ask for their feedback so we get a good understanding of what they like, and we supplement that with going into people’s homes. We spend a lot of time talking to them about their lifestyle attitudes and, as a result, we find fascinating insights for example, a Discovery man is four times more likely to own a motorbike [than a non-Discovery watching man].

Our audience are family oriented they’re not people who would sacrifice family to get to the top of the career ladder. They are also time poor, but have never lost that insatiable thirst to broaden their horizons, to challenge and question.

MW: Is your audience changing?

SD: We’ve increased our share of ABC1s by 24% [year on year], but our overall increase in share of adults is up 19%. So our strategy built around content and clear market positioning is resonating. I would love to canoe up the Amazon but I’m not going to get time because I have to take my daughter to a party on Saturday afternoon. What Discovery allows people to do is step out of life and experience that.

Ironically, the way we grow our male audience is to grow the female audience, bringing both together so they can ’co-view’. It was that insight that led to the commissioning of Freddie Flintoff’s Alone in the Wild, because it appeals to both groups.

These programmes help us take the channel out of the male domain and start conversing in publications we’ve never been able to before. We can talk about talent that will appeal to the woman of the house as much as the man. And that has helped us increase our co-viewing by 16% in the past year.

MW: How integrated is marketing with the programming departments?

SD: If you separate marketing and programming, it’s a disaster ultimately a brand is defined by what you put on the channel. If I look back to my days on Channel 5, there wasn’t so much of a connection there as here.

At Discovery, the fact that programming and marketing work hand in hand in terms of positioning, content decisions, schedule and tone of voice means we’re interlinking.

So when we’re making a marketing claim such as ’we’re championing the mavericks and pioneers’, you turn on the television and there’s James Cracknell and Bear Grylls, and it works.

MW: How is Discovery adapting to new viewing platforms?

SD: We reviewed our digital strategy in March. We looked at how entertainment and enlightenment work within a digital space. Then we developed a digital ’ecosystem’ for how broadcast sits with the other platforms and how they can all talk together.

[New programme] Goldrush Alaska is a good example of this. The show launched in May and the whole drive of our marketing campaign was through digital and social media.

The show is about a family that sells up, stakes a claim on land in Alaska and starts prospecting for gold. We created a campaign where people had to recruit five friends on Facebook and then undertake a series of tasks, which mirrored the editorial of the show. These went into a prize draw and winners were involved in events where we gave them GPS trackers and sent them off around London to fulfil some more tasks. The winning team won $25,000 worth of gold.

We have a process called ’360-degree commissioning’, where we talk with the production team and start thinking about digital content, including clips from the cutting room floor, access to the talent and galleries. Then we release the content throughout the marketing campaign. Whatever you do digitally must not feel like an add-on it must be integral to the programming.

MW: How does your target audience interact with your digital offer?

SD: Our statistics show that 40% of the audience are dual-screening, which is high. One of the things we’re doing is letting our talent take over our Twitter feed. So when Alone in the Wild premiered on TV, Freddie Flintoff was there fielding questions on Twitter and adding enjoyment and mischief to the viewing experience.

What are the key metrics you use to measure marketing success and justify marketing spend at board level?

Simon Downing: We have a set of marketing KPIs that we use to evaluate the impact of marketing. These include brand health measures, reach and conversion to view. The dashboard we have created is constantly pegged against ongoing channel performance and specific campaign activity and is used to underpin all investment discussions.

Is it just your content that has broadened to appeal to women or has your marketing strategy changed too?

SD: Having programmes with the likes of comedian Joe Pasquale means that our communication changes. Previously, we’d just talk to and advertise in publications such as The Week or The Economist. Now we can talk to publications with a female readership. It allows us to broaden our strategy and our publicity. We did the press launch for Alone in the Wild at London’s One Marylebone Place. We had all the talent lined up in front of branded boards in an ensemble shot and those ended up in diary pieces.

That’s something we would never have done before. Changing our commissioning has meant that we’ve had to respond and change our communications strategy. 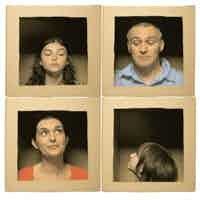 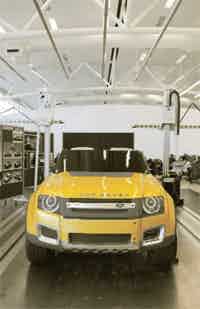 As more consumers become aware that they are paying for supposedly ’free’ services with personal data, Steve Hemsley investigates the steps companies are taking to let their customers have control over what they share. 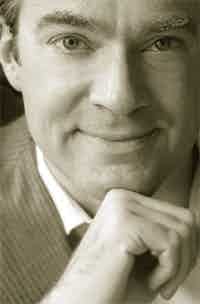 Marcel Holsheimer is VP, worldwide demand generation, enterprise marketing management, at IBM. Ruth Mortimer spoke to him about the roles data and marketing can play in the customer relationship.