A year on from launching its first ever Christmas campaign, Disney is back with another festive ad celebrating the power of storytelling and family traditions.

‘The Stepdad’ is a three-minute animated film in which two children and their stepdad adapt as he moves into their family home. At the heart of the story is a storybook belonging to one of the children – Max – a gift from his birth father.

The book shows how stories can deepen family bonds and inspire imagination, even in the trickiest of circumstances.

“This year’s advert tells the story of a blended family learning more about each other, combining existing festive traditions and creating new ones together,” Disney’s EMEA vice-president of marketing and communications across consumer products, games and publishing, Joss Hastings, tells Marketing Week.

“Families told us they want to prioritise time together this holiday season and after nearly two years of upheaval, it feels right to be celebrating that with this campaign.”

The ad campaign will run across TV and digital, as well as Disney’s own channels, in 45 countries across Europe, North America, South America and Asia. It forms part of Disney’s wider festive retail campaign in support of the Make-A-Wish foundation, ‘From Our Family to Yours’.

It was clear [last year’s] story and advert resonated with our audiences. We wanted to build on this equity whilst telling a story that stood on its own for anyone that hadn’t met the characters before.

While the campaign features TV, Hastings says the media strategy is “absolutely” digital first, with the three minute film lending itself to being hosted on Disney’s social channels, particularly YouTube and Facebook.

There will also be a number of commercial spots featuring priority products, using the same characters, music and creative as the brand ad, which will also run across TV and digital.

The film was developed and produced by Disney EMEA’s in-house creative team, led by director of brand marketing and creative Angela Affinita, in partnership with Flux Animation Studios in New Zealand.

Providing the musical narrative to the film in lieu of any dialogue is Grammy winning artist Gregory Porter, whose original track ‘Love Runs Deeper’ was penned for the campaign.

The ad is a sequel to last year’s ‘Lola’, which celebrated festive traditions passed down through generations. This year’s ad features the same family a generation on, with the granddaughter from Lola now the mother in the updated story.

According to Hastings, Disney was “thrilled” by audience response to last year’s ad, inspiring its decision to increase the scale of this year’s campaign from 23 to 45 markets. The ad became the brand’s most watched Facebook post ever in the EMEA region, with over 100 million views.

Social sentiment around the campaign was 99% positive and Disney’s brand tracking study found 88% of consumers said they ‘felt positive about Disney’ as a result of watching the ad. Over half (54%) also said they intended to buy a product as a result and Disney saw a record-breaking day of sales on the day of launch.

With the positive response in “great part” due to the campaign’s “wonderful” characters, the brand decided to include them in its story again.

“It was clear that the story and the advert resonated with our audiences,” Hastings explains. “We wanted to build on this equity whilst telling a story that stood on its own for anyone that hadn’t met the characters before.”Why Disney is drawing on ‘nostalgia and magic’ for its first Christmas brand campaign

This year, Disney’s key metric will be commercial impact, but the brand is also measuring overall consumer sentiment and brand impact, as well as media reach and efficiency.

Hastings adds: “Overall, we want to ensure that we are delivering our strategy of supporting our partners, driving retail and encouraging continued engagement with our franchises.”

“One of the areas that we’ve developed is the creative integration between the brand and commercial spots – with our family featuring in both –  and with bespoke spots for partners like Pandora, Primark and Vodafone really adding to the storytelling,” Hastings explains.

The number of retailers partnering with Disney on the campaign is up nearly 50%, which indicates the “positive” commercial impact of last year’s creative, she adds.Disney shifts focus to put digital content at the heart of its brand partnerships

The brand also wants to continue to support the Make-A-Wish charity “in an even bigger way” this year, by driving increased awareness of its mission to grant life-changing wishes for children fighting critical illness. Disney has supported the charity since 1980.

The campaign song will be available for download, with 100% of the proceeds from the retail price donated to the foundation until 31 December. Disney will also give support worth more than $2m (£1.5m) to the charity and its network of affiliates around the world. Consumers will also be able to purchase a skating Minnie Mouse soft toy and journal inspired by the ad, exclusively from the Disney website.

“The Christmas period is such a crucial time for retail and From Our Family To Yours allowed us to develop a cross-franchise campaign that showcased new products and directly addressed the role that Disney plays with families during the holidays. We look forward to building on that success this year,” Hastings concludes. 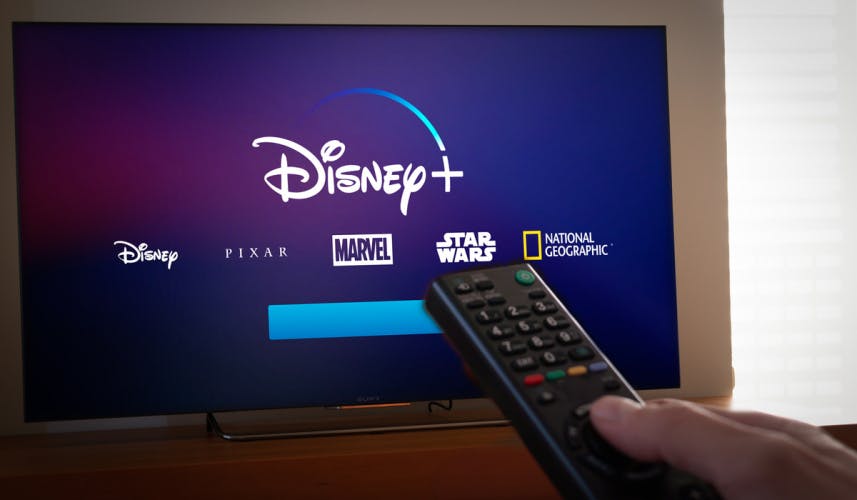 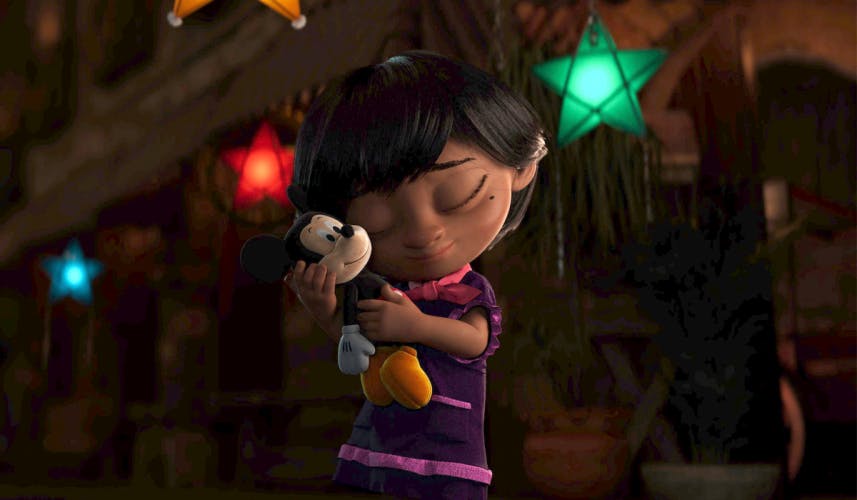