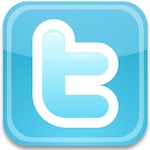 The service will post shopping deals for brands that are advertising partners and also deals from companies, such as Groupon and Gifte Group, that already use Twitter to send out deals.

Disney is the first to use the service and will be promoting deals for US Twitter users around the cinema release The Sorcerer’s Apprentice.

Details of the new paid-for service were first unveiled at the start of the month when Twitter quietly launched the @EarlyBird feed.