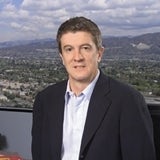 Disney Consumer Products (DCP) chairman Andy Mooney was in London last week to outline forays into new product areas. Like Mickey Mouse in The Sorcerer’s Apprentice, the company is waving its magic wand in a bid to appeal to a wider section of the kids’ market. Its recent launch of “better for you” products for children (MW October 6, 2005) is a case in point.

Mooney highlighted plans to increase revenues through video games arm Buena Vista Games. He also unveiled a slightly more outlandish extension into the $75bn (39.8bn) global pet category. In the US, Disney has rolled out a range of dog food with retailer Kroger under the brand “Old Yeller”, the canine character of the eponymous 1950s movie. He adds that further products including accessories are being mooted.

Another focus is publishing. In the children’s print sector, Disney dominates with a 27% global share. However, Mooney says as people inc- reasingly turn to interactive entertainment so will Disney. Buena Vista Games generated $128m (67.9m) in revenues last year. Mooney sees it as “a significant growth engine” and says more Disney-branded games will be rolled out as the company aims to develop and publish 50% of its own-branded games.

Games analyst Nick Gibson says the strategy is wise: “The games sector is one of the fastest-growing sectors in media. In the medium to long term it is a lucrative market. By developing its own games, Disney can ensure higher margins. It is in a great position: while most publishers develop games for the core 18- to 34-year-old market, it can leverage its children brands and take on Nintendo.”

Licensing remains DCP’s biggest business, contributing almost $636m (337.2m) in operating income last year. “It’s our highest margin business at 70%, but we hold single-digit market shares in most categories,” Mooney says. “Our highest share is in toys at 4%, while we hold 2% in children’s apparel and less than 1% in most other categories. DCP has ample room to grow.” Despite $21bn (11.1bn) in retail sales in 2005, Mooney believes the company is still scratching the surface in terms of tapping its brand potential.

Mooney is candid about Disney’s previous reliance on just two characters, Mickey Mouse and Winnie the Pooh. In 2000, these icons accounted for 80% of DCP revenues. But in 2006, three years since Mooney became chairman, they represent a smaller 53% share. Yet Mooney says the figure must be lowered further.

Tony Norton, a consultant in the toy and games industry, and a former Waddington’s marketing director, agrees: “Disney is good at keeping its brands famous. But in recent years, Warner Bros has given it a run for its money, with long-term reliable properties such as Bugs Bunny.”

Norton adds that Disney was guilty of levying high-price premiums, an issue recognised by Mooney, who admits DCP did not understand or maximise retail relationships. But he says it has now “quietly converted its business models”. He cites a deal with Carrefour, where the French retailer sells Disney-branded clothes at prices lower than the store’s premium own-brand line.

Disney will focus on key relationships such as this to build share. It will also be more active in new product development and in controlling licensed properties. Even if Disney turns out to be barking up the wrong tree by offering branded pet products in the UK, it is well-placed to make its wider strategy of shaking up its marketing to kids look like child’s play.