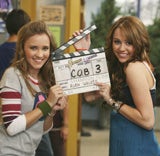 The new online contest will launch in the UK from 1 March and aims to create a local initiative to engage kids and complement its global show.

The contest will invite Disney Channel viewers aged between 6 and 15 to enter a video of themselves re-enacting one of eight pre-selected scenes from Hannah Montana. The entries, which can be a solo or group performance, will be whittled down to a shortlist of ten finalists, which will then be uploaded online.

Disney Channel viewers will have two weeks to vote for their favourite scene re-enactment, and the winner(s) will get to spend a “day in the life of Hannah Montana”, which includes an acting lesson, an overnight stay in a London hotel, being chauffeured around in a limousine and the opportunity to walk the red carpet at a Disney premiere.

Boel Ferguson, general manager, Disney Channels UK & Ireland, says: “Hannah Montana is a true multi-platform phenomenon with kids and HMLCA was developed to reflect this. Our brand new online contest celebrates the TV content, and challenges kids to recreate, capture and share via platforms they can control like their cameras, phones and the web. UK kids have shown that they are some of the most loyal Hannah Montana fans and now we’re giving them the chance to further engage with the property, show off their talents and share that experience with us and other fans.”

After its UK run, Hannah Montana – Lights, Camera, Action! will roll-out across the EMEA region with replicated locally produced versions of the online contest.

Last month, The Disney Channel said it is revamping its marketing to offer a more “modern face” and capitalise on a new generation of digitally aware young audiences.

It followed research by The Walt Disney Company EMEA, which identified a new generation of digitally-aware children as part of a pan-European study of ’tweens’.