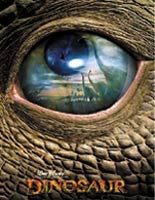 Walt Disney, in conjunction with an unnamed bottler, is planning an assault on the bottled water market. It will try to convince children about the benefits of drinking water.

The global launch of the product is expected in early 2003.

The company is hoping to use Disney characters to persuade children to drink water for fun.

The products will be launched in markets outside the US in 2002.

Under a long-term agreement, Disney and Coca-Cola will work together to produce advertising campaigns, consumer promotions, themed packaging and in-store displays.

The launches form part of the company’s effort to boost consumer products revenue, which fell seven per cent to $568m in the second quarter of the latest financial year.