The research will now inform and influence the company’s marketing, communication and content creation strategy for 8 – 12 year olds.

The group has been labelled Generation XD, the digitally aware children of Generation X, and comprises children who have never known a world without the internet and born between 1995 and 2001.

Some trends highlighted by the Disney study include the fact that while completely at ease with technology, XDs use it to enhance rather than replace face to face social interaction and that face to face contact is still the most preferable way to meet up with friends (30%) over and above texting (15%), online chat (14%) and mobile (8%).

Unsurprisingly, 95% of the poll feel that the internet and computers are important to them and 53% feel the internet improves their life by helping them talk to their friends outside school.

While gaming scored highest (74%) for the most common use of the internet, homework came second (59%).

The XDs are also establishing good financial habits early, according to the poll, with 70% saving their pocket money rather than spending it immediately

The group also have strong family values and aspire to traditional vocations rather than the pursuit of fame, says the poll, despite the preponderance of celebrity coverage in the media. The top five future professions are vet, teacher, footballer, doctor and police officer.

Green issues are also front of mind with 97% of XDs believe it is important to look after the planet, with 74% already recycling regularly

The report was commissioned as part of ongoing research for kids TV channel Disney XD and polled more than 3,000 8-14 year-olds in six countries: Italy, France, Germany, the UK, Poland and Spain. It was carried out by Disney, The Future Laboratory and TNS

Nicole Morse, executive director of marketing, Disney Channels UK, says: “This research will allow us not only to continue to deliver unrivalled entertainment for our audience, but also enhance the way we work with partners to reach tweens via the channel with strategic marketing initiatives and content creation. 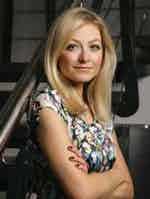 Travel company, Holiday Extras, is to launch its first TV ad campaign in its 26 year history.