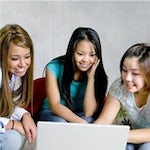 Year-on-year figures from ComScore, show that the majority of the top ten UK ad networks have grown their total unique visitors and reach from July 2009.

The growth figures, along with major integrated campaigns in recent months from brands including John Lewis, Nike and Shell, buoy a display market that has been dampened throughout the recent economic downturn.

Speaking to each of the top ten networks and key media agencies, a sense of optimism is evident. Matt Simpson, IPA Digital Group co-chair and head of digital at media agency OMD, said that although an increase in reach doesn’t necessarily mean a network has sold an ad, “the reality is that the market has become more intelligent as the economy becomes stronger”.

“Most big advertisers have reached critical mass in search, so it’s about how you become bigger and better,” he added. “The channels are SEO, PPC, affiliate, display and social, but the big talking point has been data and technology, and how you understand interaction between everything.”

Likewise, Joseph Leon, partner and head of media at Essence, which buys media for brands including Betfair and Cancer Research, said the growth in reach and scale of ad networks is indicative of renewed confidence in the online display market.

Independent ad networks are also beginning to take up the role of specialists around long-tail, vertical, data and retargeting as a counter to the threat of automated trading.

Predictions for the end of 2010 are that automated trading will account for 20% of display buying. Ad networks accounted for around 44% of the UK market in 2008, according to IAB estimates.

ValueClick MD Richard Sharp said when networks’ reach extends to as much as 70% of the online population, as is the case with all the top ten, maintaining an edge comes down to technology and performance.

“We’re working on finding the right advertisers, knowing how to optimise campaigns and making sure that advertisers are running the sort of creative that’s engaging,” said Sharp.

24/7 Real Media president of sales and operations Ari Bluman said the next evolution will be in bringing display and search together.

“We’re seeing more understanding from advertisers that consumers might use search at certain times in their purchase journey, but they visit sites in between so display has an impact too,” he said. “Being able to access that data and act on it in real time is where the next innovation will come from.”

Similarly, Unanimis is focusing on developing vertical markets around IT and technology. “Its hard to find good inventory in these areas,” said CEO Damon Reeve. 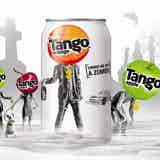 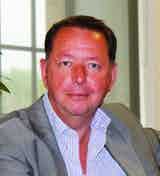 Alan Treadgold, head of retail strategy at advertising agency Leo Burnett, talks about the paradox of retailing in 2010.

The claim that social media is becoming an increasing threat to TV ad revenue (MW 26 March) is inevitably sparking debate.