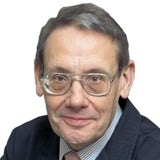 A new poll conforms to all the tenets of Commissioner’s Preferences, with results matching the objectives of those paying for the research

How often in this sad world does hope break free from the chains of cynicism only to be caught up from behind and knocked on the head by reality.

The headline, ‘Adverts endorsed by stars are rated only just above junk mail’ sent the spirits soaring. Never mind that the word ‘advert’ jars with those of us who prefer the snappier ‘ad’, the news that celebrity endorsements cut no ice was enough to engender faith in the essential soundness of human nature.

It was good to know that one had misjudged one’s fellows. What once had seemed the soft-brained vapidity of celebrity worship was something else. A huge conspiratorial joke, perhaps. All those fat tattooed women in supermarkets buying copies of Heat, Reveal and Closer do not do so to read about the latest eruption of cellulite on a beach in the Maldives or the drugs hell of a bimbo last seen on EastEnders three years ago. They want something to wrap around their purchases of giant Goodfella’s pizzas and quart bottles of Pepsi.

And what about those copies of Hello! and OK!? (Those of us who mixed with printers in the old days of Fleet Street learned that the correct term for the exclamation mark was dog cock, an apposite appendage to those titles.) Can it be that they are bought only by hairdressers and flicked through only by hatchet-faced women with lacquered heads?

As for all those people who stand in the rain for hours until a posturing starlet totters from one end of a red carpet to the other, are they lost? Are they under the impression that they are in a bus queue?

Can it be that all those terrible TV chat shows spill their vacuous giggling and mutual fawning into empty sitting rooms? Do the witless (and it has to be said largely female) producers of tat TV really believe that celebrity versions of the Weakest Link, Who Wants to be a Millionaire, and, soon to hit your screens, Celebrity Masterchef Goes Large, are popular?

In short, is the national obsession with celebrity a myth? Well, according to a survey (yes, I know, those four words are always the first steps into quicksand, but bear with me) the backing of famous names has little influence on consumers. The ‘What Assures Consumers?’ report, jointly published by a think tank called Accountability and the National Consumer Council, surveyed 2,000 people and discovered that product packaging and consumer watchdogs were rated the most trustworthy “information channels”, followed by friends and family, word of mouth and third-party kite marks. Celebrity endorsement came second from bottom in the list of 15 sources of information, slightly above “junk mail” leaflets.

Ed Mayo, the NCC’s chief executive, says/ “More and more, we find big brand name companies positioning themselves as responsible. But to succeed, there is now a hard edge to winning consumer trust and loyalty, as people want companies to be fair to them and fair to others.”

Fair to others? Really? Just for a moment hope again strained against cynicism only to be reined in by doubt. Standing back and looking at a big brand name company, stroking a thoughtful chin and weighing up one thing against another, does the consumer think to himself, “Is the Tastee Doggie-Bic Company – ‘Pooches Pine for Them’ – fair to others?”

More to the point, does that same consumer, having seen Gary Lineker eating a potato crisp, or Carol Vorderman extolling debt consolidation, or, most mysteriously, Nigel Havers giving his imprimatur to radiator covers, say to himself, “These are empty poltroons whose word is as nothing. For sound advice I shall hie me to the National Consumer Council! – taking my dog cock with me.”

No, my friends, it is all too, too implausible. So it saddens me greatly that I need dip barely below the surface of a deep well of cynicism to fish out another example of Surveyor’s Reflex sometimes called Pollster’s Palsy. This common condition causes those afflicted to absorb the wishes of the people paying the bill and, by a complex process involving shutting down those parts of the brain that determine objectivity, producing results that exactly match those same wishes. It’s called Commissioner’s Preference by Proxy and it brings home the bacon.

If the NCC is serious about promoting its services it should seek the endorsement of a loved and trusted celebrity, someone whose reassuring presence lends credibility. He’s busy at the moment but might soon be available, so pencil in John Prescott.â¢