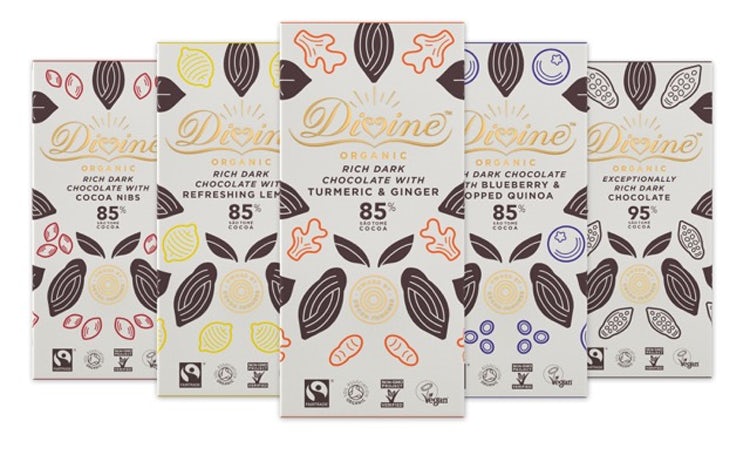 When Divine Chocolate launched in the UK 20 years ago it had a clear point of difference: its ownership model. It is 44% owned by the Kuapa Kokoo cocoa farmers’ co-operative in Ghana, making it the only chocolate company to give profits back to the farmers that grow the cocoa beans.

That ownership structure informed much of the brand’s early positioning and marketing. Its advertising spoke about the fact it was Fairtrade and highlighted the role of the Ghanaian farmers. One particularly high-profile and successful campaign showed female farmers that work at the co-operative but the company admits it didn’t get people wanting to eat the chocolate.

That in some ways limited its appeal. The product appealed to an audience interested in Fairtrade but didn’t reach out in the same way to chocolate lovers, a much bigger audience.

“[That campaign] got that we needed to say we were different because we were so little and we had so little money but actually the feedback from that was we made people sit up and think but we didn’t make them want to eat the chocolate,” CEO Sophi Tranchell says, speaking to Marketing Week at The Marketing Society’s Brave Conference last month.

We have a very complicated proposition; but then your brand becomes even more important because it needs to somehow wrap up all these messages into a shorthand.

That realisation led to Divine Chocolate’s new slogan, ‘Owned by cocoa farmers. Made for chocolate lovers’. Tranchell says the company now knows it needs to “single-mindedly remember it is selling chocolate” and that its advertising has to show the product and how good it tastes as well as trying to point out why it is different.

“When we started off the audience was the people who were already into Fairtrade and were waiting for someone like us to get behind. We had a ready-made Fairtrade audience. The step change was when we knew there were millions of chocolate lovers out there and we had to appeal to all of them. You really have to start being a brand people want to engage with,” says Divine’s communications director Charlotte Borger.

“We have a very complicated proposition; but your brand becomes even more important [then] because it needs to somehow wrap up all these [messages] about farmers and Fairtrade and taste into a shorthand. That is what brands are for.”

“The mission is a journey we take people on,” says Borger, with Tranchell adding “and some people don’t need to go there. But as they become more brand loyal we can go more deeply into the story.”

Changing the language of brand purpose

When Divine does talk about its purpose, it aims to make the cocoa farmers the protagonists and avoid the language of charity.

“The farmers aren’t people who are beneficiaries of our benevolence and they aren’t poor, helpless people,” explains Tranchell. “Even saying the word ‘help’ makes it sound as if they need our aid. It’s about how they become protagonists in the story and [we do that] by saying their names, using beautiful photography and highlighting their stories. It is a shift from benevolence to empowerment.”

Divine is also increasingly able to talk about every area where it “makes a difference” rather than just the Fairtrade aspect.

“What’s been very interesting is 20 years ago we were talking about a product that was Fairtrade and those benefits but now people are interested in the whole of what a company does. That sense we are a company that does business differently, that we treat our employees properly, we care about the environment and we produce these products.”

Fairtrade is the Ronseal of certifications. It does what it says on the tin.

Fairtrade has been under pressure recently, with companies like Sainsbury’s and Cadbury moving away from the official organisation in favour of their own offerings. But Tranchell believes there is still an important role for independent verification of claims in this area.

“It is inappropriate for big corporations to mark their own homework, which is sort of what they’re wanting us to believe. It’s very important to have third-party verification and Fairtrade, among a proliferation of ethical marks, is the only one that’s saying ‘actually those people in developing countries need to be paid properly if they’re going to have better lives and invest in their communities and their future’. It’s the only one saying the unsayable, that to stop poor people being poor you pay them more,” she says.

“We can do all the dancing around the edges, protect the rainforest, which is very important, but you’ve got to pay people more and Fairtrade is the Ronseal of certifications. It does what it says on the tin. It pays people properly and it lets them make decisions about the extra money they get and that’s as important now as it was 25 years ago.”

While Divine now has a strong brand and sales in the UK and USA, Tranchell is keen to expand its footprint globally. It recently bought a distributor in Sweden and has “nice sales” in Scandinavia, Canada and South Korea but sees potential in new markets such as Japan.

It is also looking at how it can bring its model to other farms. It has just launched a new organic range with farmers from São Tomé, an island off the coast of West Africa, the first time it has worked with farmers other than the ones in Ghana.

“We’ve got some really exciting potential in what the future looks like helping build farmer organisations but also helping them come together to learn from each other,” concludes Tranchell.

“There’s also some fantastic initiatives around what doing things differently looks like. Aardman [Animations] giving shares to employees, [organic vegetable firm] Riverford doing the same thing, and Lush. 20 years ago that was pretty unimaginable. These are successful British companies that rather than just enhancing the wealth of shareholders are recognising what their employees are bringing and that [the company] is probably safer in their hands than it will be in anyone else’s.”

The FMCG giant’s Q2 results are down year on year but Polman says innovation, investing in premium business and direct to consumer are all factors in why the company is “on track”. 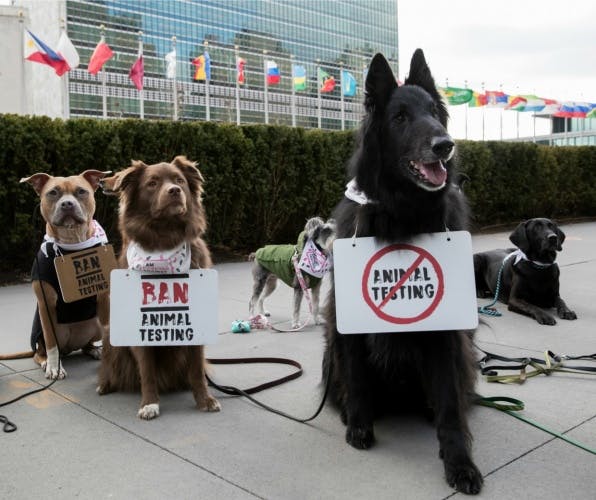