Dixons Carphone is on a mission to create a team as diverse as possible, as the brand says it has been “proven beyond any reasonable doubt” that inclusivity improves the quality of decision-making and the outcome for the customer.

Speaking at a session at Advertising Week Europe today (22 March) around business transformation, the brand’s CEO of services, Feilim Mackle, said he dislikes “boysy and macho culture”, and instead is looking to create a team that is both diverse and inclusive.

“There’s something about us males in a group that can lead to very macho behaviour. It has been proven beyond any reasonable doubt that diversity in any leadership team or organisation improves the quality of the outcome, the quality of conversation, decision-making and the outcome for the customer,” he said.

He also spoke of his time at O2 as UK sales and service director, where a female presence on the board led to a big change in the types of conversations the business had.

“At O2 there was this complete change, when it started with one person who was ‘different’. Then it was three [women], and it really influenced the conversation. But it’s not just about gender, its about inclusion,” he explained.

Employees we’re hiring today don’t respond well to the old command and control – and rightly so.

While Mackle claims to have a broad representation of people within the business, including “anyone from repair engineers to senior managers”, the brand is now determined to tackle unconscious bias within its workforce.

“There’s still a huge amount of unconscious bias in this world. We’ve only scratched the surface [in terms of] what’s really going on. We say the right things as industry leaders and clearly want to do the right thing, but underneath and what it’s really like, that’s the bit we’ve really got to tackle,” he said.

“We want to allow people of any gender, race and background to be their very best. That’s harder to do than it is to say. But as leadership you have to strive to make a difference.”

When asked if the nature of what makes a good leader has changed over time, Mackle claims the old style of “command and control” no longer works for modern professionals.

Instead, leaders have to create “a sense of purpose around which to bind the organisation, have a vision for the future and then liberate their teams to be at their very best”.

He concluded: “Employees we’re hiring today don’t respond well to the old command and control and rightly so. They come as people in their own right, have unique qualities and want their work to mean something, and want to be able to develop. It’s evolving.” 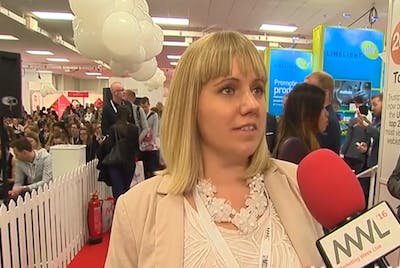 Dixons Carphone’s head of customer experience Katy Minson believes marketers must take control of the customer experience to ensure the brand proposition it delivers through marketing and branding are replicated in stores, on digital and across any touchpoint where a brand interacts with a consumer.