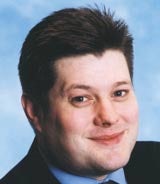 Dixons has appointed a new marketing director, Bryan Magrath, to give impetus to the troubled electrical retailer.

Magrath replaces John Mewett, who has been put in charge of commercial operations at Dixons Group’s Italian electrical retailer, UniEuro.

In September, Dixons returned to television advertising after a three-year break, with a campaign designed to make the brand more aspirational, using the line “The future for less” (MW September 30, 2004).

Elsewhere in the group, Currys has revamped its product support in response to a Competition Commission investigation into extended warranties and new marketing guidelines drawn up by the Department of Trade and Industry. Currys has replaced its Coverplan service with a new product called Whateverhappens, which allows consumers to pay as they go for product cover instead of paying a one-off lump sum.