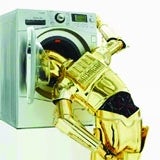 Group sales across its European operations fell 2% during the year to 30 April but suffered a worse performance in the second half of the year, down 4%.

In the UK its PC World, Curry’s and Dixons.co.uk chains reported a 3% fall in like for like sales, which exclude new stores, for the year.

Its Nordic operation is the only business division to report sales growth, up 5% on a like for like basis.

The group says it received a sales boost around the World Cup and launch of the iPad and that the introduction of its service proposition Knowhow and new format stores revamped as part of its Renewal and Transformation plan have helped boost performance. It expects full year profit to be flat at around £85m.

John Browett, chief executive, says: “Market conditions have been challenging in many of our markets this year. Our businesses have responded to our customers needs enabling them to improve their market positions. Our focus on Value, Choice and particularly on Service have been at the heart of this delivery.”

Browett expects the year ahead to remain challenging but says Dixons is “well placed to emerge from the current weak consumer environments ahead of our competitors”.

Rival electronics retailer Comet, owned by Kesa Electricals, yesterday revealed it would shut 10 stores this year after reporting 7.7% fall in sales in the past year.

Last week, Comet’s managing director Hugh Harvey made a shock exit from the chain. He has been replaced by former commercial director Bob Darke, who has been with the chain for more than a decade.

Best Buy the US electricals giant entered the competitive UK market a year ago, but has yet to report full year trading results. A number of senior management have left the chain in recent months.