It certainly pales in comparison to the Conservative Party’s marketing blitz starring David “no wrinkles” Cameron and the in-no-way carefully selected parade of ethically diverse, male and female voters that are turning to the Tories.

But could the lower-key approach be equally if not more effective?

As we all know, well-targeted DM campaigns can prove to be an invaluable tool to increase response rates, especially when done in an efficient way.

Personalised mailings, both electronic and physical, discussing relevant, even local issues sent to voters in marginal constituencies could prove to be more effective than a high profile but less targeted outdoor campaign.

The leaflet-in-hand approach may seem a relic of a bygone era but it could well work if Labour is targeting less web-savvy, older voters who cower in the face of “that internet thing” (to quote my mum).

Thing is, the Tories can afford to do all this and more. According to figures released by the Electoral Commission recently, the Conservative Party received more than £10m in donations to their campaign in the final quarter of 2009, compared with Labour’s £4.9m.

The pretenders to number ten can afford a truly integrated campaign that can trump Labour’s grassroots “word of mouth” activity, no matter how well targeted and organised campaign officials prove to be.

As the election campaign enters its final two months and the Conservative’s poll lead narrows, the parties’ choice of media channel as much as the message itself will be key.

Whatever the outcome, it’s nice to see that DM still has a role in deciding the next PM. 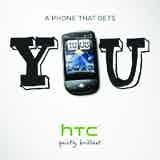