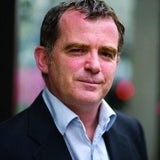 The start of 2011 sees Scott Logie installed as the new chairman of DMA UK. We should all wish him luck and every success in taking on one of the more challenging and thankless tasks in marketing.

There’s been a whiff of turmoil coming out of the DMA over the last couple of years, and over the next two years his task is surely to demonstrate that the organisation deserves to exist. I’m sure Scott won’t be short of advice from both within the DMA and the wider marketing community. So, on the assumption that he is currently in listening mode, I thought I might lay out some helpful pointers for him.

Direct marketing has always had an identity problem. The majority of marketers still mean direct mail when they refer to DM. As a consequence our discipline has become less and less relevant to marketing directors. Whether we decide to rebrand or not, we need to define what ’direct’ means in 2011 and how it fits into the total mix. There are still too many vested interests within the DMA with a paper-based agenda and they make the organisation – and therefore direct marketing – look old-fashioned and out of touch.

To that point, there is still way too much emphasis on traditional media channels at the DMA Awards, creating the same negative perceptions. Sir Martin Sorrell’s view is that digital is direct – and he’s right. Scott needs to develop a new vision for the DMA to position it as a modern, future-facing organisation that’s willing to shake off the negative preconceptions.

We’ve always believed that direct is the most measurable and accountable discipline, but in reality any IPA Effectiveness case study shows how limited DM’s view of effectiveness has been and how broader (and truer) effectiveness should be calculated.

The problem is that we generally only measure what’s easy – immediate response – and ignore everything else. So a mailing campaign that produces a response rate of, say, 10% will get celebrated from the rooftops but there’s no systematic, institutionalised way to measure the longer-term impact of the activity, nor the effect the activity had on those consumers who didn’t respond immediately. Maybe we do care, but it looks like we don’t.
Consequently, the big ad agencies are streets ahead of us when it comes to measuring overall effectiveness. Which is why they continue to command the big budgets.

The power of creativity has always been undervalued in direct. With some notable exceptions we’ve allowed formulae and techniques to dominate the discipline, and as a result we’ve become conservative and risk-averse. And if you think that I’m being harsh, I invite you to check out the Gold Winner in the Best Use of Door Drops category in the 2010 DMA Awards. A great set of results, no question. Every starburst-tastic technique known to man? Absolutely. But does the piece demonstrate the value of creativity? Does it innovate, take risks? Could we hold it up to our colleagues from other marketing disciplines and say: “This is the future?” Of course not. If this really is the best that we can do, then God help us.

So, all the very best of luck to you Scott. Not an easy task, but an admirable feat if you can pull it off.