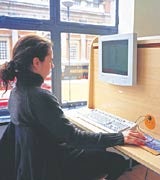 The UK’s Internet and direct marketing industry has welcomed a much-delayed ruling by the European Parliament.

The EP has compromised on so-called spam – the online equivalent of junk mail – decreeing that e-mails must be opt-in for new customers, but not for existing ones.

The announcement, made on May 30, says that where there is no prior contact at all with the consumer, companies using e-mail must now cease sending any unsolicited e-mails.

However, where an e-mail address has been acquired as part of a sales process, a company may send marketing e-mails for its own products and services without this prior consent. In other words, the EP has voted for an opt-out solution for existing customer relationships.

The EP has also shown a much more relaxed attitude than expected towards the use of cookies – hidden software placed on consumers’ PCs by website owners in order to track their behaviour. These can now be used with impunity, provided consumers are given clear and precise information about the reasons for doing so.

The Interactive Advertising Bureau (IAB), which has led lobbying efforts against what it considered draconian proposals, hailed the revised legislation as “an important day for Europe’s Internet industry.”

Louisa Gosling, president of EuroISPA – which represents individual Internet service provider associations across the EU and has also lobbied against what it saw as unreasonable restrictions on the use of cookies – says: “This success marks the culmination of years of work to protect the legitimate interests of our members and their customers.”

A Spokesman for the Direct Marketing Association (DMA), which has played a key role in lobbying, says: “MEPs clearly listened to the arguments put forward by the industry.”

But the DMA is “disappointed” with the opt-in ruling on e-mail and SMS text messaging. It had lobbied for a “national choice” option, in which each EU member state could decide between opt-out and opt-in.

The DMA spokesperson says: “We believe that an opt-out approach would have provided the appropriate opportunity for new and smaller companies, which lack the brand awareness and established customer base of larger and longer-established competitors.”

The EP vote will be discussed in the Council of Ministers on June 18. If the latter body adopts the Directive, it is expected to be published in July and be legally binding by October 2003 at the latest – each EU member state has an implementation period of 15 months.

Companies will now have to ensure they are complying with the legislation and are not passing or selling their databases to other companies, unless the customer has agreed by opting in.

Francois Lavaste, vice president of Brightmail Europe, a leading anti-spam software provider, remains sceptical: “The current legislation – whether opt-in or opt-out – will only solve ten per cent of the problem. Legislation needs to work hand in hand with technology if we are to address the other 90 per cent of unsolicited electronic marketing communications coming from non-European companies.”

The European Union paper in question – the Electronic Communications Data Protection Directive – was first published in July 2000. It has passed through various EP committees, including those covering citizens’ rights, industry, environment and legal affairs. More details can be found at euro.cauce.org (click on “ePrivacy Directive”).

A vote last September became mired in confusion. One EU insider notes: “This has been going on forever. It has been extremely problematic, with endless lobbying and counter-lobbying.”

Unilever may be jubilant at its four-year deal with Carlton and Granada, but others are questioning the viability of long-term tie-ups.

Deloitte Consulting, the management consulting division of professional services firm Deloitte Touche Tohmatsu, has appointed DDB Worldwide to its $100m (£69m) worldwide branding account. The agency, which pitched against Wieden &amp; Kennedy, will promote Deloitte Consulting’s new identity when it separates from the parent company later this year. The European work will be overseen by […]

Sainsbury’s is understood to be planning a full assault on the babyfood market by launching a fresh version of its own-brand range. Sainsbury’s executives are considering whether the range would be best placed in standalone chiller cabinets near the babyfood aisle, or whether to place it with the adult food. The move would represent a […]