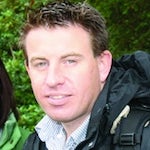 We recently surveyed a select group of early adopters from our Dubit Connectors programme, which feeds back to us on subjects surrounding youth trends and lifestyles.

The findings highlighted that while there was little enthusiasm for the new online platform Foursquare, the panel didn’t have negative feelings towards it either, with security being their only concern.

This ambivalence shouldn’t be surprising. Despite the media’s promotion of location-based services, the take up is still relatively low. Those in their late and early teens are attracted to social networking services with a strong critical mass – for if their friends aren’t using it, what’s the point?

But Foursquare’s lack of appeal to teens shouldn’t put brands off investigating location-based social networking. While the service’s current user-base is relatively limited compared to Facebook and Twitter, its momentum is impressive. Not only did Foursquare register its two millionth user three months after its millionth, it also reached the million milestone in half the time it took Twitter. Also it’s often the more mature early adopters that get the ball rolling with new social networks. It isn’t surprising for a service of Foursquare’s age and low media presence to have yet cracked the youth market.

The biggest reason for brands to get involved with location-based services isn’t Foursquare or similar services like Gowalla; it’s Facebook. It has been a constant rumour that Facebook will either buy Foursquare or implement its own location-based service. Whichever comes true it’s only a matter of time before the social media Goliath throws its hat into the ring and location tagging becomes the norm. Those that have practice in location-based social media will be at an advantage when it becomes mainstream.

In the meantime, there are plenty of reasons for brands targeting the youth market to get involved with Foursquare . To begin with, it isn’t only friends that draw the youth market to a new social media application, it’s the brands they affiliate themselves with. Twitter’s recent popularity between teenagers and the surge in Justin Biebier conversation is no coincidence. For strong brands, presence may be enough to entice the youth market to Foursquare.

Foursquare’s most talked about feature is the collecting of badges and mayor titles. But, brands should treat Foursquare as a recommendation engine rather than a game, for once the novelty of badge colleting dies off its most influential application will be tips left by friends.

Foursquare enables word of mouth marketing in a way other social networks haven’t, by making tips location-relevant. An example involves a user checking in at their location and if a friend of theirs has included a tip for a nearby venue this will be sent to them when they’re nearby. However, this element is under-used and at present lacks context, but if brands were to encourage users to leave messages they could benefit from modern day word of mouth.

Strong brands could go one step further and encourage users to ’follow’ them also, the benefit being that they would be able to push messages to their followers when they are in their vicinity.

Like with all social media, Foursquare should also be monitored as part of reputation management. Not only is there the possibility users will leave positive comments, but there is obviously the opportunity for negative ones too. If the brand isn’t using this space they won’t know, and won’t be able to respond.

Likewise, just because teens aren’t embracing Foursquare, doesn’t mean it isn’t relevant. A deal with Bing means that Foursquare tips are now available on Bing Maps (currently only under the apps section). Just because your market isn’t submitting tips doesn’t mean they won’t be reading.

What our research has shown is that while teens feel indifferent towards Foursquare there is awareness and that can be half the battle. If there is an increase in teens adopting smartphones and brands utilise location-based services in the means outlined here I’m confident that similar research conducted in a year will show very different results.