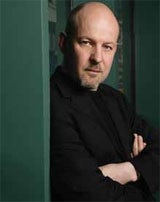 About seven years ago, the head of digital at one of the major record labels said something that has stuck with me ever since. It was around the time that the music industry was really starting to worry about digital piracy. But his view was far more optimistic, and for one simple reason. As he said: “The internet means that, for the first time, we know who’s buying our records.”

In subsequent years we’ve seen the understanding and use of data become more important as the internet itself has become more central to our lives. But in the past 12 months, its significance to marketers has become more obvious than ever. We’ve seen the emergence of a series of new technologies around targeted online advertising, from behavioural targeting to retargeting and now real-time bidding, all of which work because we now know, for the first time, who’s looking at our advertising.

This has resulted in more effective advertising with higher return on investment for brands, and better rates for media owners.

However, this new understanding is creating tensions within the traditional advertising structure. It’s also leading to interesting new relationships between the central players.

About a year ago I was hearing both advertisers and media owners complain that traditional media agencies weren’t set up to deal with the complexity of the interactive world, partly because working with such complexity was too expensive for the agencies’ business models to sustain. At the same time, the media agencies’ role as keeper of the key data about audiences was being usurped by the media owners. Talking to me for an interview in new media age at the time, Anheuser-Busch InBev’s global project leader for digital connection, Jef Vandecruys, said that he thought the key relationship for marketers would be with media owners, especially new ones such as Google and Facebook, as they were the ones that held the most significant, detailed data about the behaviour of customers and potential customers.

What is more, these media owners have shown themselves to be happy to form partnerships with brands so that both sides can make the most of that data.

Clearly the media agencies have also realised what’s going on and we’ve seen a flurry of activity in the past months, with agencies buying or establishing ad networks, exchanges and most recently real-time bidding platforms as they attempt to consolidate their role in the changing advertising landscape.

It’s not only media agencies that are feeling the pressure of the growing importance of data. Writing the introduction for last year’s new media age Top 100 Interactive Agencies guide,I quizzed agency heads about what they saw as the key skills gaps for the industry. This is a question I’ve been asking since new media age started producing the guide back in 2001 and the answers have usually been the same that what the agency sector needs is digital creativity. Last year that all changed and I was told the agencies most needed expertise in strategy and data.

Even the big above-the-line agencies admitted that developing the capability to understand and manipulate data will be a key priority for them. In fact, we’ve already seen how the balance of power is starting to change with Sky, for example, rationalising its creative agencies to make sure they have the technical capability to match its long-term aim of adopting dynamic creative optimisation the ability to tailor advertising messages to users on the fly, based on data about their relationship with Sky.

More traditional media owners are also concerned about the growing number of intermediaries involved in the process of selling space on their sites. Earlier this month, ITV announced it had taken sales for all unsold digital inventory back in house. A major reason for this was to increase revenue by reducing the number of companies “taking a bite out of the cake” in the words of Mark Browning, managing director of ITN Productions. But controlling sales also means controlling data.

For marketers, too, the new possibilities, technologies and relationships mean that new skills are required. Media owners can provide a wealth of data about who is viewing your ads, but, as Sky has found, acting on that information can mean rethinking other existing relationships. And as both agencies and marketers recognise the importance of understanding data, it will become harder and more expensive to recruit people with the required skills.

But as digital music experts realised at the beginning of the last decade, the more you know about your customers, the more you understand them and the more you can do to reach them. As Jef Vandecruys told me, the goal of any digital-savvy marketer has to be engagement with customers. That won’t come cheap, but the improvements we’ve seen in targeting technologies suggest just how powerful it can be.