If you turned on TV on the 1 November you’d have no doubt seen the first of the big-hitting Christmas ads. Both Aldi and Lidl launched their campaigns on Sunday, with the likes of PayPal and Net-A-Porter not far behind.

By the end of this week we will have Morrisons, M&S and the biggest of all John Lewis. Only Sainsbury’s waits until after Armistice Day on 11 November due to its partnership with the Royal British Legion.

Many brands have admitted they are going earlier this year. Asda said it was launching its advert at the beginning of November following insights showing more than one in five people had completed their Christmas shopping by this time last year.

It was the first retailer to use 5-second blipverts across all the major TV channels to promote the ad ahead of its launch on the evening of 1 December.

Morrisons meanwhile is opting for the 6 November, almost a week earlier than in 2014 when it launched its ads on the 11 November.

Andy Atkinson, interim marketing director at Morrisons, told Marketing Week: “Everyone is getting earlier and earlier. Last year we were one of the last ones and I felt that was inappropriate. We reflected on this throughout the year and wanted to make sure we are in line with everyone else to ensure our customers get the chance to see our advert at the right time.”

He added that while retailers are obviously keen to make the most of the Christmas shopping period, they are merely responding to demand from consumers who start to think about Christmas once Halloween and Bonfire Night are over.

“Consumer mindsets are already shifting to think about preparing for Christmas and to make sure they can budget their way through to Christmas. Our customers have to plan and budget so we are giving them the opportunity to do so in a sequenced way.”

Marc Bolland, CEO at Marks & Spencer’s, agrees that retailers are merely following consumers. He pointed out that in the first week of September, the most searched term on its website was ‘Christmas’.

“People come home from their summer holidays and they say ‘what’s next’, and the next big thing is Christmas.”

He also suggested that the rise of online shopping has made it easier and more convenient for people to start thinking about and buying Christmas products earlier than ever. M&S’s ‘food to order’ service is already 20% head of last year and had its first orders even earlier this year than last, showing that many consumers are already in the “Christmas mindset”.

“It is a lot to do with more people being online. Our website is much busier and that is a quick way of ordering. People are browsing, they see what they can have, they order it and then can it delivered.

“It is part of the reality of online,” he explained to Marketing Week.

Will the tills be ringing?

The big question is will the early festive rush mean consumers spend more this Christmas? Research from Mintel suggests total UK retail sales growth will grow by 2.5% in December to £42bn, although a separate report from GfK has warned that consumer confidence is still precarious and many are wary of making big purchases.

Richard Perks, director of retail research at Mintel, says: “When looking solely at Christmas, it seems to us that consumer demand is holding up well. Retailers should be satisfied with the outcome of Christmas – it will be good, though not great.”

Bolland held off from predicting what type of Christmas M&S would have. He said he expected a “spiky” promotional landscape, with events such as Black Friday introducing a strong promotional sentiment among consumers and making it difficult to read how sales will perform.

“Consumer confidence is strong. The spikiness is not something negative it’s just the reality as saw last year. We are set up for Christmas but we will play it very much by ear throughout the quarter. We are confident however that we are well set up for trading but cautious of the fact this is a very competitive market,” he said. 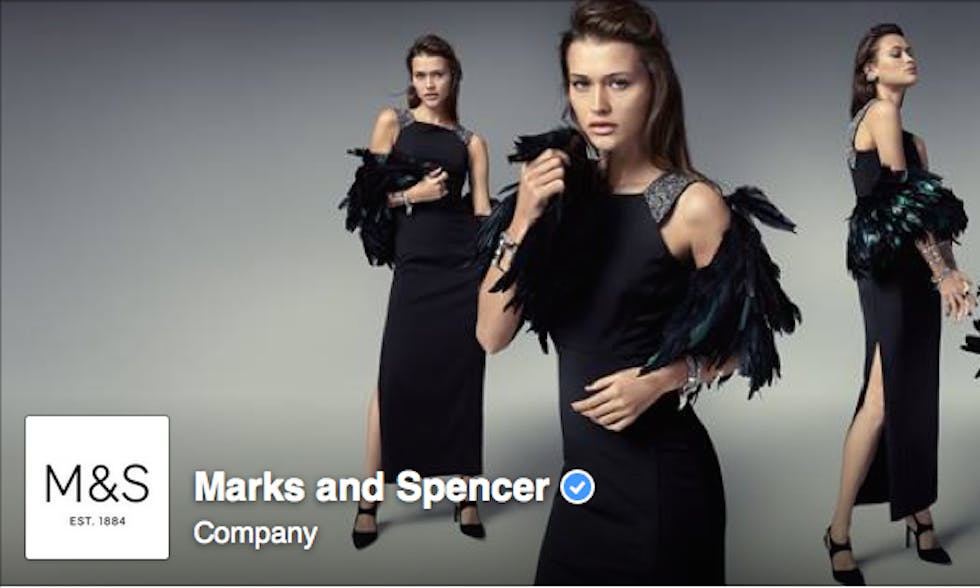 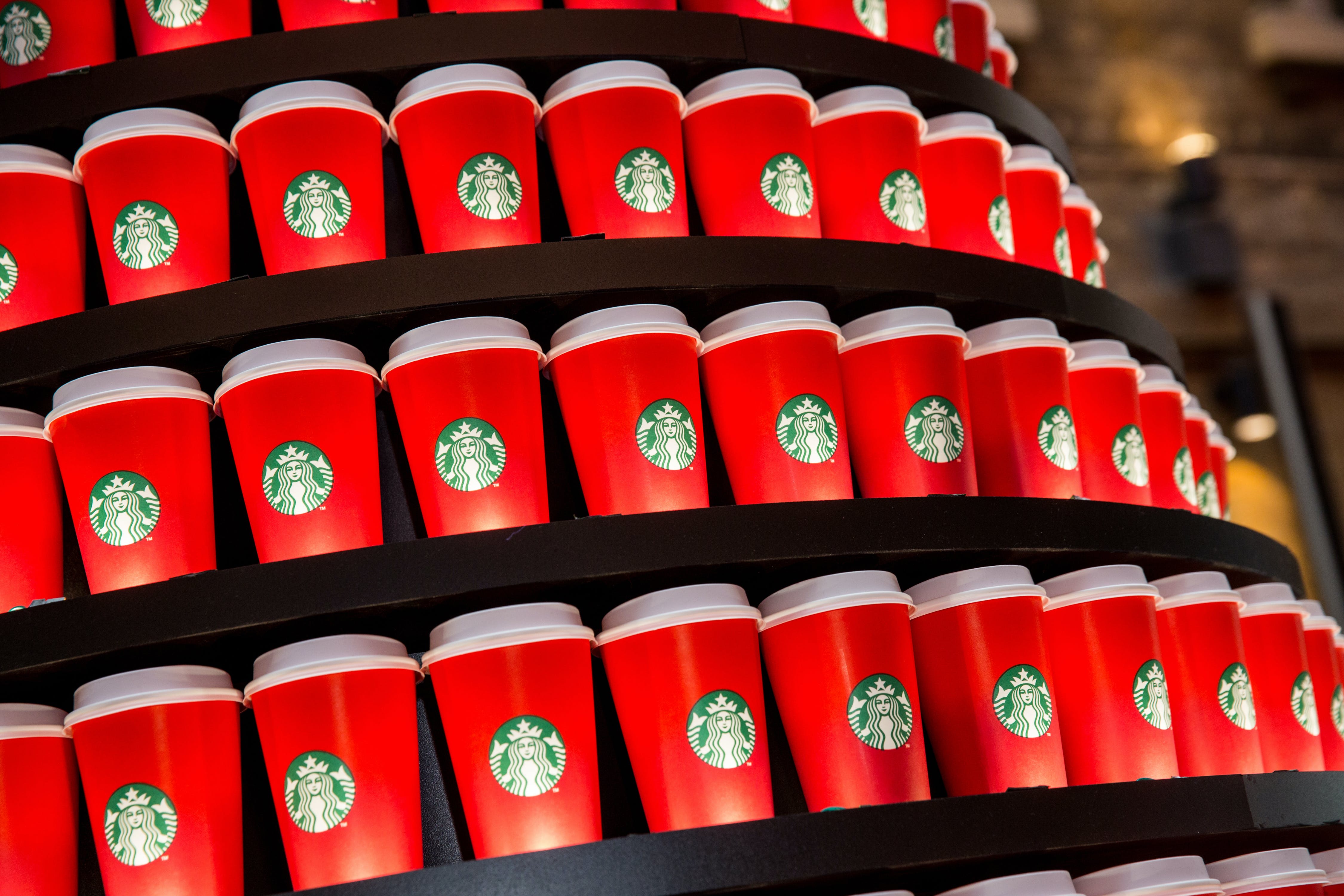 To kick off its Christmas campaign, Starbucks has erected a ‘Red Cup Christmas tree’ in London’s King’s Cross aimed at engaging consumers via social media. 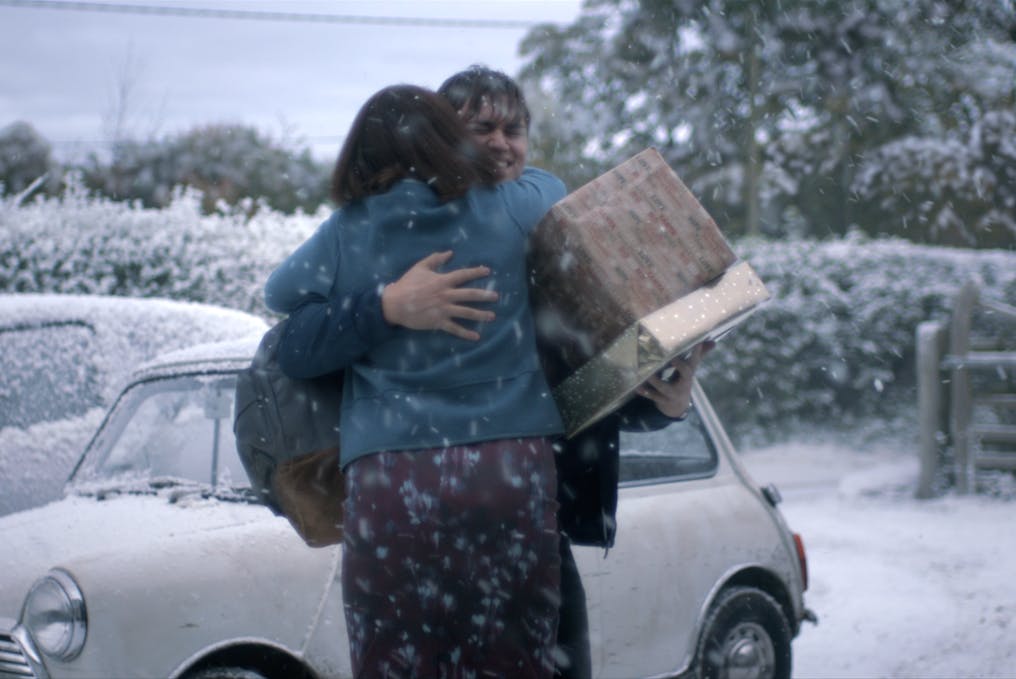