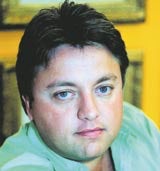 Lowe London may be in talks to buy DFGW in effort to boost its management team and bolster its position on General Motors’ advertising roster, but it is not the only agency that chief executive Garry Lace is thought to have approached.

In order to get Lowe back on track, Lace needs talented people and new advertising accounts. An acquisition will achieve both these things in one move. Obvious contenders are Mother and Clemmow Hornby Inge, but it is thought that these agencies want to remain independent for the time being.

For DFGW, which counts General Motors’ (GM) marque Chevrolet, the BBC and COI Communications among its biggest clients, a sell-out would be more timely. The BBC is likely to put its advertising business, also handled by Abbott Mead Vickers.BBDO and Fallon, up for pitch within the next six months, as contracts expire next spring. Its hold on the Chevrolet business is also under pressure. The agency has just lost out to FCB Europe in a pitch for the pan-European relaunch of the Chevrolet Matiz. And last year it lost the fight to rebadge Daewoo as Chevrolet.

DFGW made its name launching Daewoo in the UK in 1994, with the tagline “That’ll be the Daewoo”. It gradually increased its grip on the business across Europe, holding on to it when the Korean marque was sold to GM. In the past it handled about half of the business in Europe, but GM is now insisting that all its brands, including Chevrolet, are put out to pitch. This means that Lowe, once Vauxhall’s main agency, will also faces a pitch. It has regularly been losing out to Delaney Lund Knox Warren &amp; Partners, which two weeks ago won Vectra’s European relaunch.

Theoretically, buying DFGW would help to strengthen Lowe’s grip on the GM business, as well as furnish Lace with much-needed additional senior management in the form of DFGW joint managing directors Hugh Cameron and Tom Vick. Lace was unavailable for comment as Marketing Week went to press.

For DFGW’s three remaining founding partners – chief executive Michael Finn, creative head Dave Waters and joint creative director Paul Grubb, who left last year but still retains a stake in the agency – a deal with Lowe would give them the opportunity to realise their assets. They are understood to own about 40 per cent of the business, with the remaining 60 per cent earmarked for other agency managers – arrangements that were put in place after last year’s restructure. Gary Duckworth, the planning guru and other founder, who left in 2003, has already sold his stake.

Marketing Services Intelligence editor Bob Willott describes DFGW as a “solid and reliable… well-managed and profitable” agency, but adds that it needs rejuvenating: “If it remains independent it would need to work hard to firm up its position as a growing innovative agency.” Billings for the agency for 2004 were &£20.1m, down from the &£27.86m for 2003, but it is thought this figure does not take account of the GM and BBC briefs.

An industry insider says the agency “never really hit the big time” and “missed the boat” in not selling out sooner. FCB came close to buying DFGW a few years ago but plumped for Banks Hoggins O’Shea instead. Given the power vacuum at FCB London (a result of chief executive John Banks’ pending departure), however, and the agency’s position on the Chevrolet roster, it is not inconceivable for FCB to make another approach.

Having had talks some weeks ago, Lowe and DFGW have yet to formally meet up again. Both are no doubt contemplating whether the money and cultural fit are right.