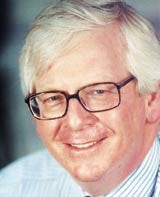 The code, which clarifies issues of sponsorship and fairness of radio and TV programmes, was widely reported in the press for its loosening of regulations covering sex, violence and swearing after the 9pm watershed. However, what advertisers and independent broadcasters had really hoped for was that the report would relax rules on product placement and sponsorship, and provide a new revenue stream now that traditional advertising revenues have been hit hard by media fragmentation.

Ofcom claims it has significantly deregulated the areas of sponsorship and commercial references “while ensuring that the overriding principle of editorial independence is maintained”. Moreover, although a ban on product placement remains in place, Ofcom acknowledges the pressure on traditional broadcast advertising as a key source of funding for commercial broadcasters and has promised to consult on the matter later this year.

Ian Twinn, director of public affairs for the Incorporated Society of British Advertisers (ISBA), is happy with the code and says a balance is needed between too many rules and unfettered access for advertisers: “The media is there to entertain and inform and, though it may be funded commercially, we must all fit into that premise.”

But Amanda Bannister, head of commercial development at Freedom Media, an agency specialising in branded content and advertiser-funded programmes, says the legislation, which comes into effect on July 25, is still too restrictive. She says Ofcom needs to be more forward-thinking and allow viewers to be directed towards off-air media and services.

Bannister accepts there has been some progress. The revised code allows broadcasters to reference a programme’s sponsor during a show providing it is not used promotionally, which wasn’t permitted before. But she says there are still too many limits preventing integrated branded content solutions using a multi-platform strategy. “When Sony PlayStation and Mastercard come to us asking about online and mobile phone options, in-store and on-pack consumer angles, we’re limited in what we’re allowed to mention on air.” The code prevents programmes directing viewers towards a sponsor’s website for further programme-related content.

“It’s a nonsense,” says Bannister. “If viewers are directed towards a medium controlled and operated by the broadcaster, such as the BBC website, it’s fine, but they can’t be given the choice to see exclusive programme content, behind-the-scenes stuff, updates or out-takes of the show on a service controlled by an advertiser because Ofcom believes editorial integrity would be compromised. This inhibits programme investment at a time when independent broadcasters are desperately looking for advertisers to fund programmes.”

Branded content is very much in its infancy, so effective models to follow are lacking – meaning it is difficult to quantify how much branded content could be worth to advertisers. Agencies will strive to find ways of interpreting the regulations as liberally as possible and are sure to try to stretch the code’s boundaries. But they’ll meet resistance from broadcasters’ compliance departments, whose heads will be on the block if rules are breached.