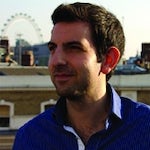 With 500M active users, it was only a matter of time before Facebook launched its own location-based product. It was officially launched this week as ’Places’ , and is currently only active in the US, but in my opinion there are two sides to this.

Yes, Facebook reports that over 150M users are accessing Facebook through their mobile, but as this number grows you have to consider the importance of how Facebook goes about monetising the product and the way it competes with the likes of Foursquare & Gowalla.

You currently don’t see ads on your Facebook mobile app and engaging with branded content is non-existent. This tells me that Facebook’s new “Places” product could follow and might purely be a tool used for “checking-in” to locations.

There will be lots of people who claim this could end the likes of Foursquare & Gowalla, but I’m not convinced. One of the selling points for these platforms is that brands can play an active role. For them it’s about reward, reviews, incentives and customer loyalty. It’s about having status and social competitiveness. Brands like Domino’s and Debenhams have run successful campaigns by offering users the chance to get free products for being the “mayor” of a specific branch. In the US, Starbucks offers the mayor of each store free coffee. It’s a great way to encourage return visits, and in turn spread the message about new products and store information.

This is something Facebook should consider in the future to ensure it makes the most of brand engagement. It should avoid purely having it as a tool to give users the chance to tag their location, which is something Twitter has already been doing for a while, and hasn’t yet monetised effectively. However, Twitter has only recently launched its advertising model, so perhaps 2011 will be the year when Twitter increases its efforts with its location features.

I agree that having a location feature within Facebook is a necessity but until it offers brands the chance to integrate with the function, I strongly believe Foursquare and Gowalla will still have a small piece of the pie.

The move also heavily threatens Google’s position in the location battle, as Facebook is partnering with Microsoft Bing’s technology to power the “Places” product. Latitude and Places are products that Google is trying to push, but based on the lack of uptake, along with the death of Wave, it looks like it is really struggling to make a mark in the social/location game, which could start to put Facebook in a much stronger position.