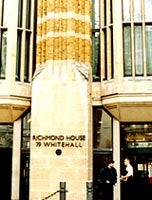 The Department of Health has appointed BMP DDB to create a &£3m advertising campaign to reassure parents about the safety of the measles, mumps and rubella (MMR) vaccine.

A series of press ads breaks tomorrow (Thursday) and will be followed in February by a month-long TV campaign aimed at mothers with young children.

The ads are part of a publicity drive to encourage parents to have their children vaccinated in the wake of reports about possible health risks associated with the vaccine.

Information packs will also be sent to 30,000 health visitors, nurses and GPs to persuade them MMR jabs are safe.

The decision to launch the campaign follows the publication of a report by a consultant at the Royal Free Hospital in London which claims that the MMR vaccine can cause serious health problems, including autism and bowel disease.

The press ads, which will run until Sunday, will be based around a statement released by the health organisations after the summit reiterating the view that MMR is safe and effective.

It is not known who will handle the media buying account.

MMR immunisation levels have fallen dramatically since fears about the jab were first raised three years ago.

In some parts of the country only 75 per cent of children have received the vaccine – far below the World Health Organisation’s recommended level of 90 per cent.

Thousands of users switched supplier following the deregulation of utilities, and benefited from cheap rates. But the conversion rate is now slowing and attracting and keeping customers has become key.

Bulmer has appointed Andrew Carter to the newly-created role of marketing controller for the company’s beer division. Carter, who was previously marketing director for Bulmer in Australia, will be responsible for developing the company’s beer business, which already includes a number of premium international brands such as San Miguel, Red Stripe, Amstel and DAB. Carter […]

European markets demonstrate similar attitudes and behaviour, but marketers need to address subtle differences if they are to succeed