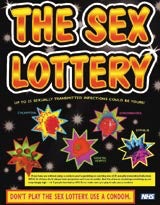 The Government is planning to focus on the use of condoms as part of its new sexual health campaign, with a view to tackling ignorance among young people about the risks of unprotected sex.

A brief sent out to agencies by the Department of Health (DoH) last week, as part of the next phase of the sexual health campaign, says that carrying condoms has to be made as “commonplace” as carrying mobile phones.

The DoH has shortlisted incumbent Delaney Lund Knox Warren &amp; Partners and Naked; Rainey Kelly Campbell Roalfe/ Y&R and Zenith Optimedia; St Luke’s and Manning Gottlieb OMD; and WCRS and Starcom MediaVest to battle it out for the £15m advertising and media brief.

The brief has also asked agencies to tackle the taboos surrounding sexual health and to send strong preventive messages to young adults.

Delaney Lund Knox Warren &amp; Partners was responsible for the “Sex Lottery” campaign, which was widely deemed a success.