The campaign, created by Miles Calcraft Briginshaw Duffy, will be tailored to the programme they are shown within.

Deborah Arnott, chief executive of Action on Smoking & Health (ASH), says the ads are “tapping into emotions” of children of smoking parents and that the “campaign gives smokers a clear incentive” to quit.

The campaign comes as DoH research reveals that almost all (96%) children with a smoking parent wish that they would quit, while nearly two-thirds (64%) of children whose parents smoke would rather their parents quit smoking than give them more pocket money. 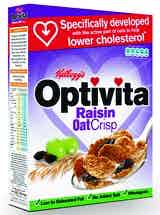 Kellogg is shifting away from its television focused marketing approach for its Optivita brand and is investing in radio sponsorship for the first time.

Used properly, direct mail can become the backbone of a valuable marketing mix. By Maeve Hosea