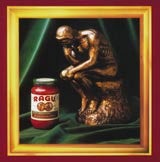 Both brands had planned to relaunch their product ranges this autumn (MW June 5), but industry insiders say that Unilever decided to delay its plans to develop a new look and marketing campaign until next year, because Masterfoods was further ahead with its new strategy.

The Dolmio range has already been updated and the new look is on store shelves now. It has also launched an advertising campaign, which features animated characters called the Dolmio family.

The new creative work consolidates all of the brand’s advertising in one campaign. The advertising for Dolmio had begun to move away from using traditional Italian associations with the launch campaign for its Express pasta and sauces range, which focused on the convenience of the microwaveable products

It is understood that Unilever is planning to invest about &£10m in relaunching and marketing its Ragu brand, which lags behind its rival. According to Taylor Nelson Sofres figures, Dolmio is the top-selling liquid pasta sauce brand and its Stir-In variant is in second place.

Insiders say they hope that the relaunches will breathe new life into the liquid pasta sauce category, which has seen little innovation in recent years.

Mobile phone operator T-Mobile is poised to sign a sponsorship deal for the Euro 2004 football championships in Portugal, in a deal worth up to &£9m. T-Mobile will become the eighth sponsor of the tournament, joining Coca-Cola, Carlsberg, Canon, McDonald’s, Hyundai, Mastercard and JVC. The move is sure to unsettle rival Vodafone, which has invested […]

Nintendo has appointed David Yarnton to its top marketing role as it readies itself for a make-or-beak Christmas push behind GameCube. Yarnton, previously Nintendo director of sales and marketing for Australia, New Zealand and the Pacific Islands, has been appointed general manager for the Japanese games company. He replaces Andy Williams, who left in June […]