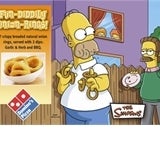 Domino’s Pizza is expecting its e-commerce sales to top &£20m by the end of the year, according to chief operating officer Chris Moore. It follows a &£1.5m boost in advertising spend to support new product launches.

The news comes as the company reports a 24.5% increase in pre-tax profits to &£6.3m for the 24 weeks ended July 2. It reported that sales over the internet, interactive TV and through mobile internet have grown to &£9.6m but Moore is confident that this figure will double before the end of the year.

These sales are expected to grow significantly when the e-commerce scheme is launched in the Republic of Ireland later in the year.

The pizza chain has increased the marketing contribution that it charges franchisees for advertising to 5% this year. The extra money has been used to promote new products such as the Football Fanatic pizza, which was supported by an ad starring Michael Owen (MW April 6).

It is planning two further campaigns for the year. The first will extend the brand’s Simpson’s sponsorship with the launch of Fun-Diddly Onion Rings. The ad, which breaks on August 14, will star Simpson’s character Ned Flanders. A second campaign will break near the end of the year to support a major piece of new product development.

The company’s advertising is handled in-house with Team Saatchi developing projects and media is bought and planned by BLM.