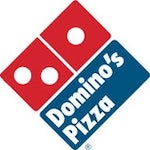 The company, which operates the British and Irish franchises of the global home delivery brand, says pre-tax profit for the year to 27 December increased by 27.8% to £29.9m.

Domino’s, which has 608 stores in Britain and Ireland, says that increased demand from franchisees for more sites to be made available, has led to it accelerating its store opening plans to 55 new stores each year from 50 at present.

The company adds it has made an “exceptional start” to 2010, with like-for-like sales up 11 percent in the first six weeks, despite January’s heavy snow proving a “mixed blessing.”

“While encouraging people to stay at home, which is good for our business, the extent and severity of the conditions caused large numbers of stores to cease deliveries to protect driver safety,” says chief executive Chris Moore.

Dominos is currently the sponsor of ITV1 show Take Me Out, which ends next week, and will revive its sponsorship of Britain’s Got Talent in April

In the US, Dominos has just released a new TV ad imitating its rival Papa John’s claiming they talk “puffery”.

Tesco Bank has appointed HSBC marketer Chris Pitt to the role of director of marketing as it looks to expand its financial services offering.