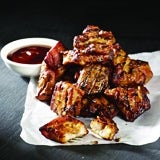 The pizza chain is launching “boneless ribs”, a new addition to its menu of side orders.

Facebook fans will be able to preview and order the dish at a promotional price for a week before the national launch.

Simon Wallis, sales and marketing director at Domino’s Pizza, says: “We’ve now got over 400,000 fans on our UK Facebook page and to thank them for coming back to our page time and again, we wanted to give them a sneak preview of our new Boneless Ribs and enjoy them at a very special price.”

Boneless ribs will be available from Domino’s 700 UK stores, mobile and online orders from 13 February.

The initiative comes as insight firm uSamp claims that more than half (54%) of consumers say that shopping via a social network “had never even occurred to them”.

The survey of 1,195 people also found that of those that had shopped via social networks, most were driven by a special offer rather than a friend’s recommendation. 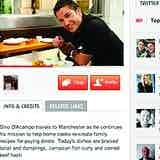 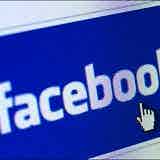 Facebook has hired Rebecca Van Dyck to be its head of global marketing, a move that follows its admission in last week’s IPO filing that it had done very little consumer marketing.