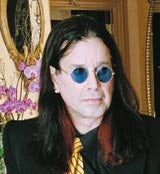 This week’s “You really needed to carry out a survey to discover that?” award goes to the Aziz Corporation. The communications consultancy’s survey into appearances in the workplace has revealed that men are less likely than women to find short skirts “unacceptable” as office attire. Not content with dropping this bombshell, the research goes on to explain that 77 per cent of female bosses feel that the office is not the place for an exposed midriff, but that only 47 per cent of male bosses concur.

The survey does throw up the odd useful fact, however. Apparently, the biggest faux pas a man can make in the office is to smell of tobacco smoke, with 85 per cent of executives voicing their disapproval. Piercings and ponytails came in second and third, with disapproval rates of 71 per cent and 57 per cent respectively. That’s Ozzy Osbourne out of a job, then.

However, the truly disturbing fact thrown up by the survey is that 28 per cent of women and 11 per cent of men would consider having Botox treatment to boost their career prospects. Have that many of you not seen Leslie Ash’s lips?