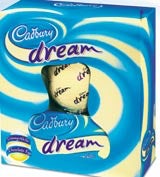 Obesity – and its effect on the nation’s health – has been a prominent issue in the UK over the past year. There has been particular concern over children’s weight and as Easter approaches and the retailers’ shelves are piled high with chocolate eggs, parents may feel it is time to look to other gift options.

Research by marketing consultancy Poulter Partners shows that the UK’s children received more eggs at Easter 2003 than ever before. The data shows that 92 per cent of UK children received chocolate eggs for Easter, with an average egg-count per child of 4.5. The figure was higher for children aged between three and nine years old, who received an average of six eggs each; a third of three- and five-year-olds had not finished eating their haul a month after Easter weekend.

The rise in the number of chocolate eggs received by children is attributed to factors such as the growth in families with divorced parents, the shrinking number of children per household and the growing number of childless adults, who tend to give gifts to the children of family or friends. However, parents do feel a cultural obligation of give chocolate eggs and this is supported by aggressive price promotion by supermarkets.

Indeed, chocolate eggs have a monopoly over Easter – no other celebration, including birthdays and Christmas, is so closely associated with a single product. The popularity of Easter eggs is still growing, but mounting concerns about the health of the UK’s children are likely to cause this growth to slow or end in the near future.

The research shows that almost half the parents surveyed believe that their children receive too many eggs. This rises to 56 per cent among mothers, who generally tend to play a greater role in child-feeding. Unsurprisingly, parents with children aged between three and nine years old – the most indulged group – express the most concerns.

The attitude of parents towards Easter is linked to their attitudes to feeding in general. The watchword for most mothers is “balance” – they recognise the need to provide their children with a well-balanced diet and they feel quite confident that they know how to do so. Mothers’ attitudes to balance vary widely and that can dramatically affect their likelihood of buying certain products.

The largest group of mums of are the Compromisers, accounting for about 40 per cent of those surveyed. Members of this group hope to provide their children with well-balanced diets but this is moderated by a desire for their children to enjoy their food and life in general.

These parents strive to reconcile their principles with practicality, which means that they are prepared to enter into negotiations with their children to achieve outcomes which attempt to satisfy both agendas. For these parents, treats, including Easter eggs, are acceptable as part of a balanced diet. It is also clear that many of them are at the end of their tether when it comes to Easter chocolate overload and are likely to be looking for other gift ideas for Easter.

By contrast, Evangelical mothers, the smallest group, control their children’s chocolate consumption strictly, while Permissive and Constrained mums tend to let their children eat what they like anyway. For this reason, they are much less likely to seek alternatives than the Compromisers.

In a separate Poulter Partners’ study into children’s eating habits it was clearly established that children do understand the need to eat healthily and many choose fruit and vegetables of their own volition, both in and out of the home. But, it is perhaps more surprising that children no longer view chocolate as a treat. Chocolate consumption is now so commonplace that it has become just another regular food children enjoy.

Perhaps parents striving to strike a balance should note that children no longer see chocolate as a treat and look to new areas for potential Easter gifts. There are clearly a number of product areas that do still excite children, and marketers should be trying to attract the attention of parents who are looking for alternatives. On the other hand, the challenge facing the confectionery industry is to add value to the Easter egg as a gift.

Retailers are in a position to redefine what is or is not a potential Easter gift. They have the opportunity to capture parents’ imaginations for six weeks in the run-up to Easter, but many still seem to be stuck on the “pile ’em high, sell ’em cheap” approach, where eggs are stacked in huge arrays, with prominent special offers.