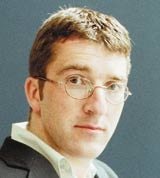 Promotional airtime has a poor reputation among television advertisers and is often interpreted as clutter. Placed between a programme and the ads, trailers for upcoming programmes and cross-promotions for other stations are often accused of distancing the viewer from the advertising, thereby reducing the latter’s effectiveness.

Carat recently conducted a study that looked at this issue from the consumer’s point of view. The findings suggest that viewers are far more positive about cross-promotions than was previously imagined. For many, programme trailers serve a valued purpose.

Promotions were found to give something to viewers by providing variety, information and visual entertainment – consumers don’t see them as clutter at all. By casting this airtime as a scapegoat, the industry is obscuring its real problems – poor creative work and long ad breaks of predictable length.

Programme trailers help consumers to plan their TV viewing. As media planners, we know that the best advertising speaks to the consumer within the most relevant environment. What can be more relevant than advertising a TV programme on TV – especially if it is coming up next?

These findings make perfect sense, particularly since the explosion of choice and the decline in importance of paper-based TV guides. According to the research, people are reluctant to trawl through the TV Times, for instance, just to find out what is on Sky One or UK Style.

The research also suggests that non-attendance and channel flicking during ad breaks are much higher than previously thought. Long breaks are the hardest hit. Consumers are adept at judging break length, and can instinctively calculate how long they can flick away for. They use programme promotions and sponsorship credits as a cue to return to watching TV and to alert them that their programme is about to resume.

One way to counter this tactic would be the introduction of less predictable break patterns. This could make breaks more effective, as it follows that consumers would be reluctant to switch channels for fear of missing the return of the programme that they were watching.

Ads need to work hard to keep consumers watching. During breaks, viewers are generally willing to be entertained – and often, they are entertained. They register strong disappointment, though, when they are faced with repetitive, dull or poor ads with low production values. This disappointment dramatically affects their behaviour, resulting in non-attendance and flicking.

This issue is not a new one. Long breaks have been blamed for reducing ad effectiveness before. It is now clear, though, that the responsibility for break audience delivery lies with advertisers and broadcasters alike. Some – such as UKTV (which has recently announced cuts in break length) – have been active in addressing this. Blaming promotional airtime for the problems created by lazy creative output and predictable break lengths is simply not the answer.

Recognising advertisers’ failure to target a burgeoning over-50s population, Age Concern is setting up a charitable body that it hopes will fill the gap, while providing that generation with a political voice. John Stones reports

Coca-Cola is in talks to become an official partner of the new Wembley National Stadium in an effort to boost the brand’s presence in UK football sponsorship. The £2m deal, which is expected to include pouring rights, would be a blow to rival Pepsi, which is already an official partner to the Football Association. Industry […]