The crisps company unveiled the user-generated advertising campaign called ’King of Ads’ in February, encouraging anyone with a video camera to create the next big Doritos TV ad and win up to £200,000.

It says it received over 3000 entries in the 12 week co-creation competition period, with the final three finalists being specially chosen by a celebrity panel including Bafta winner Noel Clarke, TV and radio presenter Lauren Laverne and ad director David Shane.

Members of the public can now view the shortlisted fllms on the banks of the river Thames, where Doritos has set up the ’King of Living Rooms’. It features a gigantic sofa over 9 meters long, a 7 metre long coffee table, a lamp towering 4.5 meters high and a supersize TV and remote control.

The public can then vote online and the winning TV ad will be screened on national TV from 13 June.

Clarke says: “The standard of entries was incredible and the contestants really took on the Doritos brief and had a lot of fun with it. The public are going to love the final three ads and I can’t begin to predict who’s going to win – it’s entirely up to the British public.”

Agencies working on the product include AMV.BBDO, OMD, Initials and Frank PR.
Other companies to have taken a similar approach include Unilever’s Peperami, Samsung and T-Mobile

A new online tool allowing marketers to find both consumer and business targets for unaddressed mail has been launched by Royal Mail. Customer Finder is aimed at both large and medium-sized companies looking to improve their targeting and effectiveness through the door-to-door channel.

Marketing industry leaders are calling on the coalition Government to provide greater clarity on its definition of “essential” campaigns after the Liberal-Conservative alliance said it will freeze spending on all “non-critical” marketing. 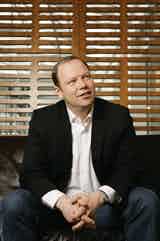 Diageo chief marketing officer Andy Fennell says the marketing discipline undersells itself when it promotes the discipline as merely the provider of “creative services”.