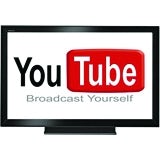 AOL, Yahoo!, MSN and YouTube have all declared allegiance to professionally generated content and announced a change in strategy to focus on becoming media providers.

The dot com giants of the early part of the last decade now believe that if they are going to keep audiences glued to their sites and retain advertisers’ interest they must subscribe to the mantra that “content is king”.

Google’s YouTube is the latest to join the trend. It is set to invest $100m (£60m) in “low-cost” but “professionally produced” original web programming made by YouTube or its partners, according to reports.

Although Google was quick to downplay its content-focused overhaul, saying that it constantly updates the site and that “any changes would involve lots of research and would be rolled out slowly”, its recent acquisition of a web video production company and a firm that edits and sharpens videos, suggest otherwise.

Yahoo! is also to concentrate on hosting more professionally produced videos as part of a switch in strategy to become a trusted content provider. It will also focus on what it calls a “key priority launch” of a localised British version of celebrity gossip site OMG that will include a fashion micro-site and videos sponsored by “top 10 global brands”.

UK managing director for Yahoo! James Wildman says the internet industry is increasingly moving towards an “ultra-targeted TV model” but with the advantages of interactivity and engagement. The number of online video views has increased by 259% in three years, according to researcher comScore.

Internet Advertising Bureau marketing director Sophia Haynes says that increased investment in content by any publisher is good for advertisers.

“Quality content increases dwell time and creates committed users, which grows a publisher’s loyal audience,” she says. “Brands can take advantage of this by delivering more relevantly positioned messages around the content.”

On the back of his appointment, Clifton said: “MSN is well-positioned to capitalise on the dramatic changes taking place in the world of media today.”

Nick Thomas, senior analyst at Forrester Research, says “first generation” net companies, which originally offered a blend of search, instant messenger, email and a digest of news feeds, have now responded to the consumer trend of communicating online through Facebook and Twitter, while consuming content at the same time.

“Marketers should now be thinking about how they should be using online videos themselves as part of their campaigns,” he says. “There are more opportunities to create content with partners to reflect the way consumers really are interacting with media.”

But he warns that marketers should not consider online video and content as “cheap TV” because significant differences include more opportunities for interactivity and engagement, such as clickable content or commenting. 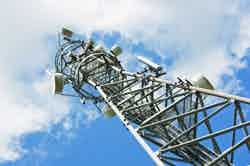 Failure to communicate the benefits of receiving mobile marketing material means brands are missing out on the opportunities this channel offers, according to research seen by Marketing Week. 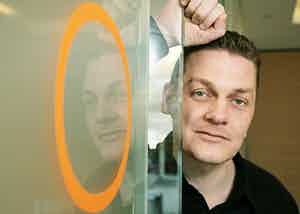 Everything Everywhere director of brand Spencer McHugh speaks to Marketing Week about the forthcoming campaigns for T-Mobile and Orange and the strategy to “clarify and sharpen” each brand’s positioning. Marketing Week (MW): How did you go about approaching the development of your two simultaneous brand campaigns? Spencer McHugh (SM): Since we did the joint venture […]