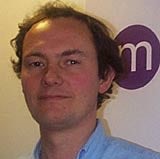 Deepend.co.uk was a typical new media agency website acting as a shop window for its singular approach to the digital world, a list of blue-chip clients and examples of much garlanded work. Visit deepend.co.uk today and you will find the shutters have come down. A simple statement reflects the suddenness of the news that one of the most acclaimed creative outfits has been forced to close. It also throws up a number of questions about how the parent company, Deepgroup, found itself no longer in business.

Many in the digital industry will have run into the group, whether through its Web design work or some of the early prototype work it executed for interactive television (iTV). Its initial mark was in becoming a truly hybrid organisation, excelling in Web, video and CD-Rom, but where it all went wrong later is difficult to pinpoint. Did the company stretch itself too far, both through setting up sister companies and seeking to expand overseas? Or was it just another victim of the dot-com malaise? Certainly it is part of a raft of new media organisations that are no longer with us, including the recently departed Razorfish and Blueberry – all regarded as inevitable casualties of the changing climate.

Even though many are confronting difficulties in generating business, there are also significant driving forces that are beginning to influence the digital market and these will shape the services of the future.

Originally everyone required a website and there was a stampede to commission work of varying levels of sophistication. Subsequently, of course, numerous companies were reluctant to continue to invest heavily or sanction the next upgrade, so demand for building extended and more-advanced sites was less widespread. Some just altered their approach to Internet marketing: packaged goods brands discovered it could be more rewarding to get into the fabric of a commercial site relevant to their consumers, amply represented through initiatives such as Kit Kat’s involvement with the MSN Instant Messenger service. Clearly, this type of activity needs some different expertise, not least people who are able to broker the right partnerships.

Marketers naturally seek clarity over the companies they should engage to help them in their digital activities, at the same time as grappling with how they can be integrated into the rest of their communications. But since the market is so diverse, it is not uncommon for a roster of interactive shops to be appointed and yet only a few be tasked with implementing any projects. Not surprisingly, traditional agencies have also been developing their services and expertise to help ensure that digital channels are incorporated successfully into the overall marketing mix. Against this backdrop, the industry will still need talent and some will have learned their trade in a number of the innovative new media agencies of the past.