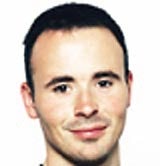 So Napster has announced details of its UK music download service. This is the first of what should be a series of landmark announcements from digital music services in the UK. Already UK rival OD2 did its bit to gatecrash Napster’s party by revealing that it is offering downloaded music tracks at half price.

Over the past few months, UK music fans have been looking enviously at their US cousins and the degree of choice they have had for online music services and stores.

The irony is that, by the end of the year, UK music fans could well end up with more choice than the Americans. In addition to Napster, UK consumers will be able to choose between various OD2-powered services, as well as Virgin’s MusicNet-powered service, Apple’s iTune store, Sony’s Connect service, Wippit, PlayLouder, Mean Fiddler and (probably) what may be the dark horse, MSN. And that’s not even mentioning the sleeping giants of the retailers.

What’s crucial about Napster’s service is that it allows portability for all its purchased content. If you buy a track you can burn it to CD and transfer to a (WMA-supporting) device. The role of portable music devices in edging online services towards the mainstream can’t be exaggerated.

There are consumers who use their PC as their home stereo, but they aren’t the majority of music fans. People like to own and move their music, sometimes just from their living room to their bedroom, sometimes miles away. That’s why this next generation of services is so important and why OD2 will have to move quickly to ensure it can build on its market-leading position and not be left behind. It recently announced it has already sold a million downloads this year.

With much of the spotlight on the likes of Apple, Roxio and Sony, OD2 has been quietly consolidating its position as the only truly pan-European player. It has extensive relationships with most of Europe’s leading ISPs, most notably MSN. This could well turn out to be hugely significant if Microsoft gets serious with the MSN music club in 2004. MSN’s ability to cross promote across properties and platforms certainly gives it “sleeping giant” status, and OD2 would be well placed to piggy-back on the ISP’s success.

HHCL/Red Cell is to develop a £1m summer campaign for EMAP-owned radio station Kiss 100. It is understood that the agency beat off competition from Boy meets Girl S&J, Quiet Storm and another undisclosed agency to win the pitch. The business moves from Mother. HHCL/Red Cell is working with Naked Communications to develop a television […]

Saga Radio has appointed the Guy Robertson Partnership to handle the advertising for Saga 105.2fm, the Glasgow station which is due to launch this autumn. Saga Radio also has stations in the East and West Midlands.

The Commons Health Select Committee report, to be published on May 27, will call for tougher regulations on advertising high-fat and -sugar drinks, such as a ban on using celebrities to promote such products…