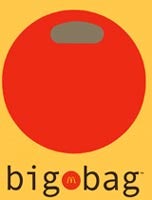 So successful was McDonald’s CD-Rom music giveaway to promote its Big Bag Meal in the summer, that its record company partner subsequently formed a sales promotions consultancy. Warner Music’s strategic marketing arm provided exclusive songs and content from some of its artists at the time, including Australia’s “Popstars” Bardot and the Sugababes, and the distribution of 3 million CD-Roms made it one of the biggest music-based promotions in the UK to date.

The record label had been reluctant to use its artists’ recordings for incentives, but it was so impressed by the above-the-line support during the Big Bag campaign that it subsequently recruited a specific sales promotion team. The team’s first project was a five-track audio CD to be given away in Boots stores this Christmas with exclusive gift packs of men’s toiletry brand Lynx.

Maggie Woodward, director of independent music consultancy FMS, which played an integral role in brokering the Big Bag Meal deal, says McDonald’s recognises the value of advertising in-store promotions. “Its teams seamlessly pull together the various marketing disciplines and related agencies to ensure the sum of the whole meets their objectives. It may sound simple but many brands have not managed to achieve this,” she adds.

Woodward has put together numerous music promotions in her time. While working for Sony Music in 1998 she developed the first cover-mounted CD distributed with a national newspaper: Vauxhall’s World Cup promotion with The Daily Mail. The CD was advertised on and introduced a previously unknown Ricky Martin to 2.4 million homes in the UK. The campaign also drove consumer traffic into Vauxhall dealerships as some CDs contained a message saying that the listener had won a prize that they could collect from the dealer.

“I have always found the divergence of marketing disciplines quite fascinating and, although I understand the specialist skills required by each, when working with big brands it can be frustrating to discover that agencies working on the same products above and below the line do not communicate with one another,” says Woodward.

Advertising agencies have historically been protective about their role in strategic brand building and have even regarded their below-the-line cousins as a threat. But, as clients have realised that promotions generate an immediate uplift in sales, advertising creatives have come under pressure to mention promotions in above-the-line activity.

The McDonald’s Big Bag campaign is just one of many examples where above-the-line support can drive a promotion. Others include the Walkers crisps commercials featuring Gary Linekar and the Tango series that encouraged consumers to call a premium-rate telephone line to receive a branded toy.

“We first saw a change in attitude among advertising agencies during the recession of the early Nineties, when marketing became more integrated and advertising creatives accepted the argument that a promotion will be more successful if it gets above-the-line support,” says Endacott RJB Marketing managing director Charles Endacott. Endacott RJB oversaw an integrated campaign to promote the virtues of Del Monte’s range after the World Health Organisation issued a statement urging consumers to eat at least five pieces of fruit a day.

Tequila London is another agency to champion integrated campaigns, working with shoe brand Clarks on its Back To School initiative last year. In-store promotions were combined with a customised magazine and an above-the-line tie-in with the character PokÃ©mon helped Clarks achieve the greatest turnover it had ever achieved in a single week.

“If a promotion is targeted at the mass market, above-the-line activity is necessary because it gives an offer credibility in the consumer’s eyes. The brand is telling the target market that it views a promotion as being so important that it is willing to support it with an advertising budget,” says Tequila managing partner Paul Hackett.

If the shoe fits

This year Clarks organised a similar integrated in-house campaign for the five-week promotion through August and into September. It included terrestrial and satellite TV advertising to promote its Bootleg brand aimed at eightto 11-year-olds. “This time of year is our Christmas, so we must drive sales. The in-store elements work well but the TV ads are needed to attract children and their parents into our stores,” says Clarks marketing manager Ted Hart.

Kellogg also believes TV advertising adds status to a promotion. In the summer it worked with promotions specialist Megaprint to mount an on-pack campaign for its Frosties brand. Consumers could collect six glow-in-the-dark stickers and the offer reflected the above-the-line advertising theme where Tony the Tiger played a secret agent.

“Kellogg insists on a strong link between the aboveand below-the-line activities, especially if it has a new advertising theme or is promoting playground collectibles featuring licensed characters that children would expect to see on TV,” says Megaprint managing director Linda Murray.

There is no doubt the argument in favour of publicising promotions above the line is strong, but clients still have to consider the return on investment they will achieve from any campaign.

Cramm Francis Woolf board director Phil Goodman disputes whether a promotion that achieves a great response can always be regarded a success if the client has spent, say, £500,000 advertising it.

“Sales promotion by definition must be a cost-effective marketing tool and there is a danger that with a large advertising budget all you do is raise brand awareness and this hazes the line. Clients’ views on this are being driven by market forces and if the economy becomes tighter, they may no longer have the money for above-the-line activity,” he says.

To encourage consumers to change their buying habits without above-the-line advertising means sales promotions agencies must be creative and funnel those funds that are available into other channels.

“Clients must look at the commercial implications of any promotion and if the cost of advertising is prohibitive they are better off spending a smaller amount on better point-of-purchase material, trade incentives or prizes,” says Interfocus chief operating officer Matt Atkinson.

Many single campaign ideas are devised by sales promotions teams these days and Skybridge director Steve Gumbrell says although a promotion will always be helped by above-the-line support the challenge is to make sales promotion central to building the brand.

This view is echoed by Geoff Howe Associates business development director Simon Marjoram, who says below-the-line agencies are under pressure from clients to develop ideas that are innovative and new to the market. “Contradictions certainly exist because clients expect us to communicate an idea in a space slightly bigger than a postage stamp. For a promotion to work well, it needs effective communication; and the brand, idea and the target market will determine the medium,” he says.

There is a strong feeling that the client must always control the communication process and show firm leadership by stressing to all parties the need for aboveand below-the-line agencies to work together for the good of a promotion and the brand.

Independent marketing agency Dynamo, bought last year by Incepta, even argues that a percentage of the fee should relate to how well a particular agency works with other agencies to come up with one integrated campaign that works above and below the line. “It should not matter where an idea comes from, just how good the overall campaign is,” says joint managing director Nick Cunningham.

Among the contributing factors to sales promotions’ current high standing is the fragmented nature of the modern media market with TV becoming less effective in engaging consumers. It means promotions are partly filling the gap by entertaining the public and allowing them to become involved in a brand. “People are warming to TV less and less, and the medium is being used more as a tool to direct people to a promotion or an event,” says Marketing Store director of planning Mark Brown.

With TV no longer a necessity when building client relationships and with the economy faltering, the number of online promotions could grow significantly. Internet-based offers can usually be put together much quicker than off-line versions and they provide a cost-effective way to capture data.

EasyJet achieved huge success from an online promotion a couple of years ago that was heavily supported above the line, where the offer was just £1 off flights if consumers booked via the company’s website. The campaign was put together by online media planning company i-Level which more recently operated an online-only promotion for BT, which has a sponsorship deal with pop act S Club 7. It used this relationship to run competitions to win tickets to see the band. The aim was to raise BT’s brand awareness among sixto 14-year-olds and the promotion was advertised and covered editorially on a number of websites. BT says it generated almost 42,000 responses through its competition page in six weeks.

“Online promotions can take effect within a few days because there is no waiting for pack labels to be printed and these campaigns can be publicised purely online,” says i-Level chief executive Charles Dobres.

Whether a promotion is publicised below or above the line, the consumer does not make a distinction because all they see is an advert for the brand. Perhaps this is something clients and all their agencies should remember the next time tempers fray during a debate about how a new promotion should be publicised.