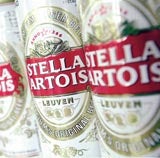 The alcohol market may have shrunk last year, but some things are constant: lager was popular among men, and we did most of our drinking at Christmas

With more than 10 billion units of alcohol consumed in the UK last year, the retail market for alcohol is valued at &£6.4bn. Yet over the past 12 months there has been a small decline in the consumption of alcohol by volume, both in the home (by 2.1 per cent) and out of the home (by ten per cent) despite retail sales of alcohol increasing by eight per cent during this period.

A Taylor Nelson Sofres survey says that 92 per cent of households in the UK bought alcohol last year and almost seven in ten adults (69 per cent) consumed alcohol at least once during an average two-week period.

Some 56 per cent of all alcohol consumed in the home is drunk by men, compared with just 43 per cent by women and one per cent by children under 16. However, the discrepancy between the amount consumed by men and women widens for out-of-home consumption, with men accounting for 62 per cent of alcohol drunk and women just 36 per cent (the remaining two per cent is consumed by under-age drinkers).

Wine is the most commonly purchased alcoholic drink from retail outlets, with a 33 per cent market share. It is also the most popular alcoholic drink among women aged 17 to 34 years old. Beer or lager is the drink of choice for men under 65, while spirits are bought most often by men and women over 65.

Drinks preferences and the amount of alcohol consumed change with the seasons. While beer and lager consumption is relatively consistent throughout the year, and they remain the preferred drink for men in both summer and winter, women prefer vodka in winter, and flavoured alcoholic beverages (FABs) or alcopops during the summer months.

Christmas and the New Year are key sales periods for alcohol retailers – nearly a quarter of all alcohol bought in the past 12 months (24 per cent) was purchased in the eight weeks to January 5.

The top drinks brands by sales during the Christmas period were Stella Artois, Baileys and Carling. During the summer months, consumers bought Stella, Bacardi Breezer and Carling.

With two of the top three alcohol brands during 2002 being lagers, it is not surprising that lager is driving the growth of the beer market. Sales increases were helped by strong promotional activity during both the Christmas and summer periods, and boosted by the football World Cup.

Sales of newer products such as FABs or alcopops increased significantly – 24 per cent – during the year to January 2003, although this growth rate is slowing as the FAB market becomes saturated. However, manufacturers and retailers are exploiting the potential of FABs by introducing premium-priced products. In the six months to December 2002, the average price of FABs increased by six per cent.

Strong growth has also been evident in sales of champagne (up 50 per cent), vodka (up 21 per cent), and brandy (up 15 per cent). In contrast, the markets for own-brand lager (down 12 per cent) and Lambrusco (down eight per cent), contracted.

Alcohol consumption within and out of the home varies significantly across the population and understanding the primary consumer groups in each of these markets is vital for manufacturers and retailers. While premium brands and products performed well during 2002, the health of the economy during 2003 will determine whether this trend continues. If the downturn persists, retailers may have to lower prices in order to sustain sales.

One of the main concerns for manufacturers is whether the increase in sales of wine, despite there being fewer in-store promotions during 2002, will start to threaten the aisle-space currently devoted to beer. At the same time, it is becoming clear that promotional offers on beer are increasingly being used as ways of attracting buyers into stores. Retailers are trying to link alcohol purchases with food by positioning beer and wine in areas other than the alcohol aisle itself.

If the continuing economic stagnation continues in 2003, retail sales of alcohol may, paradoxically, grow. In contrast, the out-of-home alcohol market may contract as disposable incomes decline and people opt for fewer nights out on the town in favour of cheaper nights in.