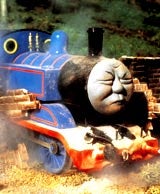 Character licensing is big business and provides valuable income from successful films, TV series and books. The industry is preparing for a bumper year in 2001, with two hot British literary properties set to dominate the scene.

Yet many in the character licensing world are wary, following what some see as overkill in the marketing of the Star Wars characters around the film Episode 1: The Phantom Menace. Charges of inflated prices and hype were levelled at the licence owners, and there may be lessons for licensing activities linked to other major releases.

The big question is the length of time for which a hot property will burn, says Kirk Bloomgarden, chief executive of Copyright Promotions, the European licensing agency for the Star Wars trilogy.

“We are looking at Star Wars as a brand that can be licensed over the three-film life period. It was never our intention to license the property to death. There has been a lot of controversy over high-profile companies which have not performed well with Star Wars, notably Dorling Kindersley. It made an investment decision, however, as to the print run of the books it produced. It released a Star Wars encyclopaedia range and the print run was far greater than the actual sales it generated.”

Bloomgarden points out that many companies achieved good results with Star Wars character licensing. “We licensed over 200 companies and the vast majority did exceedingly well. Worldwide retail sales of Star Wars merchandise exceeded $4bn (£2.7m). So you can call it a failure, but that is to ignore the success it achieved on a worldwide basis.”

Logistix Kids Worldwide, an agency that specialises in marketing to children, had a successful outing with Star Wars by designing and manufacturing in-pack giveaways in cereal boxes. The miniature statuettes of ten of the film’s characters featured secret compartments containing scrolls. The promotion was extended to include coloured “crystals” etched with images from the movie.

“Star Wars Episode 1 was so over-hyped that it was never going to meet the huge expectations,” admits Ian Madely, managing director of Logistix Kids Worldwide.

“Promotions such as ours were extremely successful, however, and delivered more than the average licensed promotion (36 per cent awareness in this case),” says Madely.

“Despite the inevitable cynicism in the aftermath of Star Wars, the licence has not lost its appeal. Licensors are adamant that they have learnt valuable lessons and our clients now want to talk about the next episode in the trilogy, which is scheduled for release in May 2002,” he adds.

“There will be over a thousand prints of the movie showing at the end of next year – more than for any other film release in UK history.

“We do not want to overcook it, however, and the challenge is to maintain a very steady stream of licensing activity, focusing on collectible products.

“We will be looking at a lot of promotional companies who want to associate their brand where there is a play on the word ‘ring’.

“It is a property with a lot of integrity, dealing with themes of fellowship and working together in pursuit of a goal.”

She points out that the film is likely to appeal to an older target market than Star Wars: “We don’t want to skew our target to people who are too young. We have got a very exciting property and we plan to promote Tolkien’s vision in a very realistic and responsible form.”

Warner Brothers is planning its licensing strategy for the coveted Harry Potter character, which will make the leap from literary to cinematic fame with the release of the much-hyped film. Mara Gardner, vice-president for marketing, creative services and brand assurance for Warner Brothers Consumer Products, says Potter will not be handled any differently from other Warner properties.

“We want to present the product to consumers in the most targeted way, by addressing them directly. We choose the right target, then develop branding programmes and marketing support. With Harry Potter, we are really trying to be true to the book and this is a huge obligation because it is so popular. When the movie comes out, it will bring that to life. We are being very careful about how we select our licensees and the type of product lines, and we want to do it the way the fans see it.”

Readers develop very individual relationships with Harry Potter books and this will be taken into account in all licensing deals, says Gardner.

“For all our brands, we work on global, pan-European and local levels. Our plans are not final yet, but Harry Potter will be a careful roll-out, very controlled, starting in the Studio stores and then going to selective product placement in premium retailers. The second phase will be with the release of the movie.”

“The challenge is to look carefully at each character and think of ways to extend it in a creative way that protects its integrity. That means not just licensing to anyone who wants a licence, but looking for the right licensing partners.”

Kay feels strongly that retailers have an important role to play in the process. “A licensing agreement can’t really go very far without the retailer who distributes the licensee’s product. To ensure in-store success, you have to make sure that the product gets on to the shelves and, once it’s there, use in-store theatre, point of sale or window space to ensure the product then sells,” she says.

“The temptation in the past has been to slap a character on to something and believe it would sell. Licensing is becoming an increasingly sophisticated industry and if you look at the quality of the merchandise that is now being produced, it is very exciting.”

“Each property has a different heritage and a different level of exposure and connection to audiences. We have to understand that to be able to interpret it and deliver it to the licensing market,” he says.

“After that, it is necessary to establish who the core partners are going to be on the programme. We select the right partner for the property according to criteria such as their track record, their position in the market, the sort of distribution they can bring and the quality of product they can deliver.”

Perhaps the trickiest aspect is avoiding over- or under-supplying the market, says Downs. “It is a delicate balance, based on talking to licensees and retailers and gauging the consumer level of interest from research and anecdotal evidence.”

One of the hardiest children’s entertainment characters is Thomas the Tank Engine, which is handled by Gullane Entertainment. President Charles Falzon says his company approaches Thomas and its other properties holistically.

“We look at the entertainment value at home as an extension of that on TV. As we develop the entertainment value on TV, we simultaneously develop it on other platforms. We spend a lot of energy in gauging the market before a property is released, as well as during its release. That’s what Gullane’s particular skill is,” he says.

“One of the advantages we have in doing this globally is that we have our own operations and marketing people locally in different markets. We have huge marketing and licensing operations in the US, Canada and Japan, in addition to the UK. We work really hard with our marketing team to ensure proper co-ordination. Brand development and licensing and the actual content development are closely linked.”

Is it worth the effort?

Popular properties may not be worth the demands that go with licensing from the most powerful companies, says Graham Singleton, consultant for The Value Engineers. He had a bad experience as a licensee while using Disney characters in a commercial for a client.

“We recently worked with Disney on a TV commercial and I found the Disney people difficult to deal with: very demanding about exactly how their properties came across, and issuing strict guidelines about the number of seconds for which the Disney logo should appear and what it should include. They were rigid in what they wanted and very slow in getting back to us. Although the promotion did work well, it was not worth the effort in terms of our labour costs.”

From a licensee’s perspective, this suggests that being trendy may not be enough, and the costs of hot properties must be weighed against the benefits they bring. The licence-holder, meanwhile, carries the responsibility of balancing the amount of exposure a precious property is given in the public arena, to avoid promoting it to the extent of boring the public.

The owners of Rowling’s and Tolkien’s inventions are likely to be well aware of the pitfalls aspreparations to milk their potential begin in earnest.

Volkswagen has taken the unusual step of appointing a new advertising chief from outside the car industry. Alan Doyle, currently head of consumer marketing at Yellow Pages, will be joining VW at the end of this month as communications manager. He replaces Bernard Bradley, who left to join Volvo in July (MW July 13). Doyle […]

Brand recognition has been rated as a critical factor when purchasing online, according to a study on the Internet conducted by The Telegraph Group. Almost 70 per cent of those who have purchased online ranked credit card security as their greatest concern while a similar percentage said it was important to buy from a well-known […]

John Shannon’s opinion (“Say it loud and keep it simple” MW October 5) made interesting reading. According to him, the time has come for us marketers to revert to a caveman’s approach to consumer communications if we are to maximise any sort of message penetration. While I agree that there are several challenges we face, […]