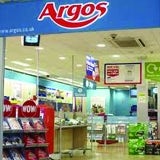 Sales at the retailer dropped to £817m in the three months to 28 May, compared to the same period last year, according to Home Retail Group interim results.

The retailer says the fall in sales of items such as TVs was “significantly” greater than it had anticipated and accounts for the majority of the reduction. However, Argos says that it retained its market share and saw strong sales of laptops, toys and seasonal outdoor items such as barbecues.

Meanwhile, sister DIY chain Homebase delivered stronger results, recording a 1.6% sales increase over the quarter to £458m compared to 2010 due to good weather in the peak spring home and garden improvement season.

Seasonal sales of items such as garden furniture were strong, as were fitted bedroom and bathroom sales due to greater in-store promotion. However sales of other “big ticket” items such as kitchens were down in the quarter reflecting “market challenges,” the retailer reported.

Homebase and others will be hoping to capitalise on the disappearance of rival Focus DIY, which went bust at the beginning of May.