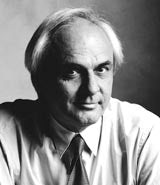 Jean-Marie Dru could be the man to steady the ship at Havas. TBWA/Worldwide chief Dru is poised to take over from Havas chairman and chief executive Alain de Pouzilhac, who resigned last week after losing a bruising battle with corporate raider Vincent Bolloré for boardroom control of the network (MW last week).

Dru is seen as one of the few French international advertising executives sufficiently well-regarded to take on the role at Havas, where the priority is to make advertising agency Euro RSCG Worldwide – which accounts for 80 per cent of Havas’ business – more global. Euro’s largest clients, CitroÃÂ«n and Peugeot, are small outside Europe, while Air France spends comparatively little for a major airline. Only L’Oréal is viewed as a truly global client. Having lost out to WPP Group in the battle for Grey Worldwide, there are no global networks left for Havas to buy. The world’s sixth-largest marketing services group could be as much hunted as hunter.

Some in the industry play down the idea that hiring Dru would be a clear signal that Bolloré had decided against breaking up Havas. He could be tempted to sell off the network’s constituent parts – mainly Media Planning Group, Arnold Worldwide Partners and Euro RSCG – offering Dru a percentage.

One observer says Dru would be likely to be a hands-on leader of Havas, becoming heavily involved in the management of Euro RSCG. But how Dru would work with Euro’s worldwide chairman and chief executive, Jim Heekin, is unclear. Another source says: “They might step on each others’ toes. It would be a small pond for both of them.”

It’s not, in any case, a done deal. Omnicom chief executive John Wren will not make the move easy for Dru. He has recently renewed Dru’s contract on very favourable terms – a salary of $1m (£550m) and a lock-in bonus worth double that annually until 2008 figure prominently in it. Dru will also be allowed to operate out of Paris instead of New York.

Dru co-founded BDDP in 1984. It merged with TBWA/Worldwide in 1998 and in 2001, he became worldwide president and chief executive. Jean-Claude Boulet, a BDDP co-founder says: “Dru has done a sensational job at TBWA. There aren’t many chief executives of his calibre in the worldwide agency network scene.” Dru pulled together the disparate cultures of TBWA, BDDP and Chiat Day into a coherent whole. However, the task at Euro RSCG would be very different, requiring a new business push rather than the marshalling of existing accounts.

Former TBWA/London chief executive Andrew McGuinness says: “He is a real thinker, one of those rare people in advertising who really have a point of view and an intellectual framework. His ‘disruption’ philosophy, which requires constant managed change for brands and agencies, is a framework for shaping marketing communications that could be applied to anything.”

Some say Dru has failed to bring in much truly global advertising business while running TBWA, though one supporter says winning large chunks of Masterfoods’ business was largely due to his leadership.

Others praise his ability to prioritise. When Nissan appointed Carlos Ghosn as chief executive in 1999, Dru headed for Japan, got to know the Brazilian and persuaded him to increase Nissan’s spending through TBWA at a time when the motor manufacturer was reviewing all its suppliers.

With his family in France, his biggest client in Tokyo and his network hub in Los Angeles, the temptation to leave TBWA must be strong. The Havas job would see him firmly rooted in France. It would also give Dru a measure of glamour he lacks at TBWA, Omnicom’s third-largest subsidiary. Dru would immediately become one of France’s two top advertising bosses, on a par with Maurice Lévy of Publicis. And if he did secure the future of Havas, he could find himself fÃÂªted as a French business hero.