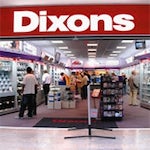 The group says its performance is a result of its transformation plan and focus on customers. It says it has improved the shopping experience at its three electricals chains providing better choice, value and service online and in stores.

John Browett, chief executive, says: “Focus on our customers drives everything we do and I am delighted with the excellent progress we have made over the past twelve months as we continue to transform the Group, despite the recessionary environment across Europe.”

He adds that the transformation plan, which is two years in, continues to deliver “improved profitability and competitiveness” and a more than 200 stores will be reformatted by the end of the year.

Best Buy, the US electricals giant which opened its first stores in April has today announced two further locations. The chain will open superstores in Derby and Nottingham.