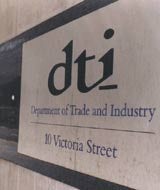 The Department of Trade and Industry (DTI) has appointed Miles Calcraft Briginshaw Duffy and PHD to handle the advertising and media for its &£2m campaign to demonstrate the Government’s support for small businesses. The two agencies acted together in a four-way pitch overseen by COI Communications.

The campaign, expected to launch in the autumn, will promote the work of DTI-run agency, the Small Business Service (SBS), which was set up in April 2000 to aid small businesses in the UK. The campaign will also raise awareness of Business Link, an SBS network that provides specialist business advice for small businesses.

The pitch was triggered by recent claims that the Government has failed to create an enterprise culture in the UK because of excessive red tape imposed on small businesses. In April’s budget, Chancellor Gordon Brown announced a new zero tax rate for company profits up to &£10,000, greatly increasing the tax advantages of small companies.

SBS is the second win for Miles Calcraft Briginshaw Duffy since gaining a place on COI’s roster last year. Earlier this year, the agency won the Inland Revenue pitch to handle its &£3m self-assessment awareness campaign. The agency pitched against Lowe, DFGW, and incumbent D’Arcy to the business (MW May 2).

Last week the Driver and Vehicle Licensing Agency appointed D’Arcy and MediaVest to handle the advertising and media for its &£2.5m, campaign to promote changes to the vehicle registration system (MW last week).