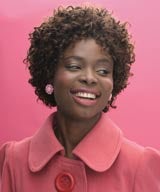 Dulux is returning to television advertising this week – but none of the ads in the campaign will actually show any paint. Instead, the executions focus on colour and colourful personalities, as part of a drive to reposition the brand from a commodity paint to a consumer service.

The ads follow Dulux’s highly successful online campaign “Colour Chemistry”, which has been running on its website Dulux.co.uk and has won numerous awards.

The new ads – which target ABC1 women aged 30 to 40 and will run in programmes such as Lost and Desperate Housewives – introduce characters including Candy Love, Blue Diamond and Cocoa Blush. Each personality represents a colour and when the colours clash, so too do the personalities. The campaign breaks on April 1 and will include TV, iTV, press, online, in-store and PR.

Kerris Bright, chief marketing officer for Dulux, says: “Neutral planning has allowed us to develop this ground-breaking campaign, which not only engages and excites our target consumers, but also educates them on how to put colours together.”

The multimedia campaign is the first work to come from Dulux’s new communications planning process, which brings together all the brand’s agencies: Initiative for media, Abbott Mead Vickers.BBDO for above-the-line advertising, Tank Publications for press inserts, Weapon 7 for interactive, Agency.com for online, Catalyst for in-store and Ketchum for PR.