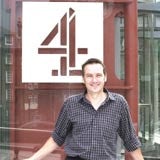 Channel 4 chief executive Andy Duncan has hit back at the Archbishop of Canterbury’s criticism of the media, saying that television can be “trusted”.

Duncan declared that TV has “powerful potential for good” and distinguished it from the newspaper industry in a lecture hosted by the Christian social action movement Faithworks yesterday (Tuesday).

Duncan said: “I believe public service TV – and Channel 4 in particular – is a force for good, helping to build and reinforce values that engender trust.”

He adds: “TV – particularly the five public service channels – operates to strict codes in a highly regulated environment. Dr Williams may have concerns about how some TV news is packaged, but impartial and accurate reporting is a legal requirement and a point of honour for the news operations that supply the BBC, ITV, Channel 4 and Five. The press, as we know, does things differently.”

Duncan added that he agreed with Dr Williams about the use of the public interest as a defence for controversial stories being degraded by journalists who use it as a flimsy excuse for exposing a footballer’s affair or breaching a bereaved family’s privacy.

He said: “I also believe that most people – tabloid readers included – can sniff this kind of rotten hypocrisy a mile off. We are not in that business.”

Duncan, a practising Christian on what he describes as “the Evangelical wing of the church”, went on to defend Channel 4’s programming record, referring to Jamie’s School Dinners, the Only Human series and Karbala: City of Martyrs.

Virgin Radio’s launch of the first radio service for 3G mobile phones has attracted 18,500 unique listeners since it first broadcast in March (MW March 3). The service has been accessed 98,000 times, with users listening to 450,000 minutes of

Toy retailers are being warned the Tobacco Advertising and Promotion (Brandsharing) Regulations 2004, which come into effect at the end of next month, could have serious implications for them. Many UK retailers of replica mini motorbikes and juvenile racing bikes may be unaware that they are at risk of breaking the law. The majority of […]