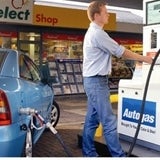 Shell’s top marketer for retail Andrew Blazye has left the company after 26 years to become a director at data specialist Dunnhumby.

Blazye – who was Shell’s global general manager for its credit card, loyalty and CRM division – joins Dunnhumby as group director for customer engagement. He says his role will entail “helping Dunnhumby clients drive commercial value through integrated approaches to customer-focused strategic change programmes around the world”.

Sources say Blazye will be looking at areas for expansion within the marketing services arena, which could include acquisitions.

Blazye joined Shell in 1980 and held various marketing roles before becoming global brand development manager for Shell International in 1996. He was promoted to brand director for Shell Europe Oil Products in 1999 and was made marketing director for Shell’s retail business in Europe in 2003.

A year later he became director of strategy for the global business and in 2005 took up the role of group general manager for Shell Global Retail.

Of his decision to leave Shell, Blazye says: “It coincided with the completion of the final phase of Shell Retail’s organisational transformation into a fully globalised business.”

Shell is searching for a digital agency to handle its online communications and to design its website. Last year, it appointed WPP agencies MediaCom and Maxus to handle its consolidated $240m (&£127m) global media planning and buying account.