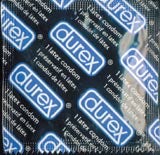 A battery-powered vibrating ring, called Durex Play Vibrations, will soon be available on supermarket shelves as part of the Durex Play range (MW last week). The stimulation ring claims to deliver “20 minutes of unadulterated pleasure” to both partners. A Durex spokeswoman describes the deal as a “landmark in the sexual enhancement market”, adding: “This is the first time a vibrating stimulation ring has been available in mainstream outlets.”

The launch of Durex Play, initially test-marketed in Scotland, is thought to be the first significant expansion of the Durex brand since its parent company SSL International sold off its medical equipment division in 2003 to focus solely on consumer products, mainly condoms. The roll-out is aimed at exploiting the value of its high-powered Durex brand in the rapidly expanding sex toys market. The brand is also reported to have teamed up with sex therapist and counsellor Tracey Cox to develop a range of massage equipment and lubricants.

SSL was created in June 1999, following the merger of Seton Scholl and London International Group. The company, which claims to make almost a third of all the world’s condoms, is rumoured to have sparked interest at Johnson &amp; Johnson, Boots, battery manufacturer Energizer, and Reckitt Benckiser as a potential take-over target.

Yet, while SSL reported pre-tax profits of £21.7m for the year to March 31, turned around from a loss of £5m in 2004, it has not been an easy recovery. In 2001, the skies above SSL began to darken: major management changes were followed by profit warnings and an investigation into claims that SSL overstated its earnings for 1999 and 2000. The investigation was launched after SSL discovered that fake orders had been added to inflate profits. A report was sent to the Serious Fraud Office and the investigation led SSL to ditch some product lines. No one, however, was brought to trial over the alleged discrepancies.

The company has since been busy trying to focus on its core activities – sexual health and footcare. It has sold off several businesses: incontinence, Biogel surgical gloves, Hibi antiseptics and over-the-counter drugs.

Earlier this month, SSL announced the acquisition from Futura Medical of the rights to a new condom aimed at women, called FLD500 (FLD stands for female lubrication device.)

Dudley says this strategy of focusing on an area such as sexual health has helped SSL to dominate the market. “SSL is a company built historically on small acquisitions, but it has been shedding many of its small businesses and instead has concentrated on its two areas of expertise – sex and footcare,” he says. The fact that SSL is not dependent on a pharmaceutical parent company gives it the entrepreneurial freedom to experiment with new products, Dudley adds.

The Durex brand has also been extended into vibrators and massagers – an assault into a market dominated by Ann Summers on the high street. The company has also been buoyed by the popularity of the launch of the Durex Performa and Pleasuremax ranges.

Meanwhile, SSL is in the throes of rejuvenating its Scholl footcare range in an attempt to attract younger consumers. It is well documented that Scholl has been trying desperately to shed its “Nora Batty and support tights” image, without much success. According to the company’s recent financial report, sales of the famous Dr Scholl sandals fell by five per cent.

Sex is big business for SSL and with the appeal of the Dr Scholl range on the wane, there is increasing speculation that it might decide to focus on prophylactics alone. A company that has announced a three-year target to double its operating profit is likely to be watched with great inter

SSL was created in June 1999 by the merger of London International Group and Seton Scholl. The company is quoted on the London Stock Exchange.

In July 2003, SSL revealed it had received a takeover approach, but was not able to give any further details. At the time, retailer Boots and household goods company Reckitt Benckiser were thought to have put in a bid for the company. More recently, Johnson &amp; Johnson was also rumoured to be in the frame.

In 2002, SSL sold off about half its over-the-counter pharmaceutical brands to private healthcare company Thornton &amp; Ross.

According to Mintel, Durex accounts for more than £4 out of every £5 spent on condoms, its nearest competitors being Mates Healthcare and Condomi. It is the most established brand in the UK.

The Tobacco Advertising and Promotion Act 2002, under which tobacco sponsorship for global sporting events will be banned, will come into force on July 31.

The Telegraph Group has appointed Hall Moore CHI to its Â£8.5m direct marketing account following a three-way pitch. The move is likely to strengthen Clemmow Hornby Inge’s (CHI) hold on the advertising account.